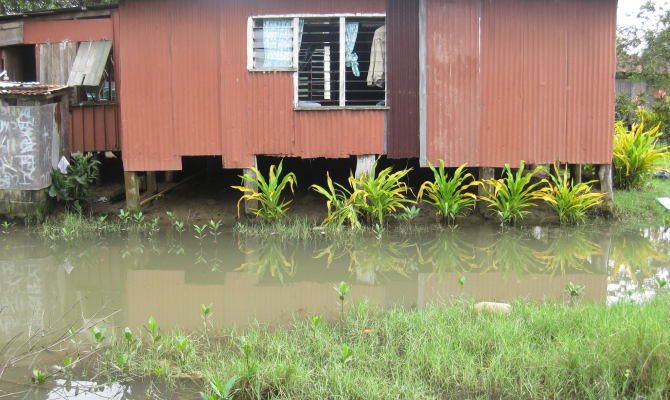 The declaration of a La Niña for the third consecutive year in the Pacific by the World Meteorological Organisation (WMO) has come with a warning from the WMO Pacific Regional Climate Centre Network (RCC-N) for communities in the central equatorial Pacific to prepare for a return to drier than normal conditions and communities in the northwest and southwest Pacific for higher than normal rainfall.

The first triple-dip la Nina since 1950, and the first of this century according to WMO, is expected to bring excessive rainfall to some parts of the Pacific which could cause flooding impacting agriculture, aviation, infrastructure, health, water and indirectly affect other sectors.

“A La Niña has been declared and is underway according to WMO and the WMO Pacific RCC-N Node for Long-Range Forecasting members, specifically the United States National Oceanic and Atmospheric Administration (NOAA), the Australia Bureau of Meteorology (BoM), New Zealand National institute of Water and Atmospheric Research (NIWA) and Republic of Korea APEC Climate Centre (APCC),” said Dr McGree. “La Niña is a normal part of our climate system. El Niño and La Niña events swing back and forth every three to seven years on average but recently we have seen a series three La Niña events, which is very unusual.”

The Secretariat of the Pacific Regional Environment Programme’s (SPREP) COSPPac Climatologist, Philip Malsale, explained that the La Niña refers to the large-scale cooling of the ocean temperatures in the central and/or eastern equatorial Pacific Ocean, coupled with changes in the tropical atmospheric circulation, namely wind, pressure and rainfall.

“It is important to note that every La Nina event is different and impacts vary from country to country,” Malsale said.

So how can people best prepare themselves?

SPREP’s Meteorology and Climatology Adviser, Salesa Nihmei, said: “People can best prepare for such an event by taking the advice from NMS seriously. This is a slow onset climate event, which brings risks to the community. Sectors need to communicate with NMS on how best they can prepare for such events.”

The onset the triple-dip La Niña adds to the challenges already faced by Pacific communities struggling with ongoing impacts from the previous La Niña. Many of them will also be directly impacted by a La Niña influenced South Pacific cyclone season up ahead. Climate models show a general cooling to La Niña thresholds (−0.8 °C) by October, and peak towards end of 2022. Most models indicate a return to ENSO-neutral conditions in early 2023, indicating a relatively short-lived event, though model accuracy reduces at longer-lead times.

“There is the risk of water borne diseases, placing a burden on health systems. On the other hand, there are communities in the Pacific who are facing drier than normal conditions and are facing drought and shortage of water such as PNG Islands, Kiribati and Tuvalu. There is a great risk of damage to infrastructure, crops and livestock as well as food security. These impacts coupled with higher temperatures and sea level associated with climate change means people will struggle to make end meets,” said Nihmei.

The best for form of protection is to stay vigilant and be prepared, the WMO Pacific Regional Climate Centre Network (RCC-N) says.

“People need to contact their NMS for latest information on the La Niña event and get in touch with sector leaders on how well they can prepare before, during and after a La Niña. Don’t act on information from social media unless this is from NMS or another reliable source. A key message from us is the importance of having the communities and sectors work closely with NMS to use information for decision-making. We encourage them to know your risk, know your action.”

The NMS community in the Pacific together with Pacific RCC-N nodes will further discuss the triple dip La Niña event during the upcoming Pacific Island Climate Outlook Forum on 25th October 2022.

Seas are coming for us in Kiribati