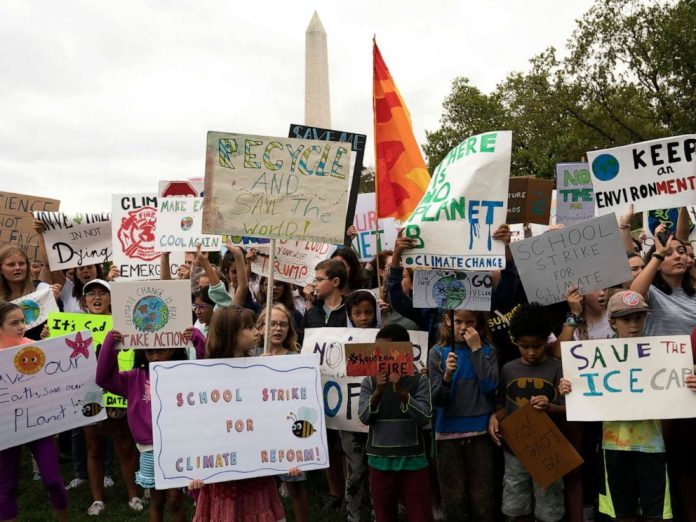 International climate lawyers, the Climate Action Champion for COP27 and hundreds of people from across the Commonwealth came together to discuss critical developments regarding financial compensation for harms caused by climate change.

Advocates discussed a landmark resolution, presented to the United Nations General Assembly yesterday, about whether the International Court of Justice (ICJ) can adjudicate a climate change case. An advisory opinion from the ICJ would clarify legal questions related to climate change, including states’ obligations to other countries.

The resolution requires a simple majority to pass the assembly, and a vote is due to take place between December 2022 and February 2023. No matter the result, it could have far-reaching implications for climate change litigation and disputes on climate harm.

The resolution has been drafted by Vanuatu, a small island nation that is already experiencing more frequent and extreme weather events due to climate change.

Explaining how this case came to fruition, Margaretha credits the role of civil society:

‘The ICJ initiative is a grassroots initiative, it is activists on the ground that have persuaded the government of Vanuatu to run with this. It is mainly a global youth campaign supported by more than 1500 civil society organisations around the world.’

She added that advocates are instrumental to keeping up the momentum on climate litigation:

“One of the big demands from the youth (activists) is to make sure that human rights are put at the centre of this effort. Civil society can encourage states to be constructive and to preserve the integrity of the legal question that must be posed to the courts.”

Margaretha concluded that the litigation being pursued by Vanuatu is about justice, not aid:

“The ICJ making a pronouncement on this will really bolster the negotiation position of developing countries. This is not a matter of charity, but a matter of applying existing rules that are very well established at the heart of international legal order.”

Hundreds of Commonwealth citizens at the Critical Conversations event also heard from leading political economists about the urgent need for loss and damage financing. For the very first time at a UN Conference of Parties (COP) climate summit, this is set to be an official topic under discussion.

Rueanna Haynes, former diplomat from Trinidad and Tobago, said expectations are high for a specific loss and damage fund to be agreed at the summit, especially for small island states already losing their territory to sea-level rise:

“Climate reparations are absolutely essential. It is not about voluntary contributions anymore.”

“Lawyers and insurance companies can help in assessment of damage at community level. Universities, think tanks and resource centres can also provide sufficient evidence and help differentiate between mitigation, adaptation and what is related to loss and damage.”

Harjeet Singh, from Climate Action Network International, said the scale of the finance needed is huge:

‘There are many estimates starting from US$290bn-US$580bn a year by 2030 in developing countries alone. This is not the time to pin down a number, but recognise the gap.’.

For further information about the event or to request interviews please contact Leo Kiss press@commonwealthfoundation.com

Drowning Island Nations: ‘This is how a Pacific Atoll dies’