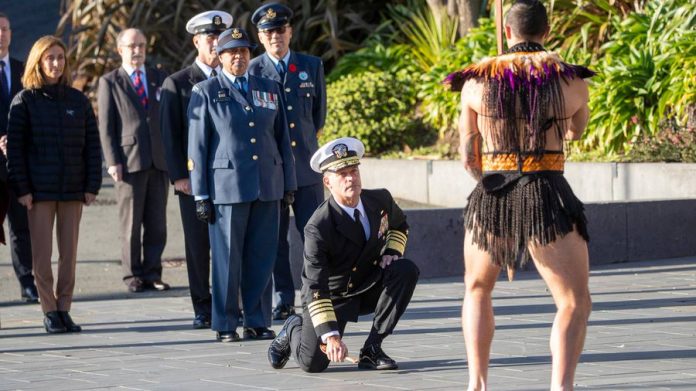 The top United States military chief for the Pacific region has visited New Zealand against a backdrop of rising geopolitical tensions with China increasingly asserting its might.

Aquilino arrived in Wellington on Saturday after visiting Australia with a much larger contingent, including top general Mark Milley who there warned China was “noticeably and statistically more aggressive” and seeking to “bully and dominate”.

Aquilino himself used similar language in addressing the Shangri-La Dialogue security conference in Singapore in June, saying it was “potentially the most dangerous period” in the Pacific since World War II, and pointed to Beijing’s “destabilising” and “coercive” actions.

Speaking to media in Wellington on Monday, however, he was much softer in his rhetoric only stressing the need to “work peacefully together”, perhaps acknowledging the heightened political sensitivities here, particularly around trade with China.

Asked directly about the recent US push into the region, announced at the Pacific Islands Forum in Fiji last month, Aquilino pushed back at any suggestion it was to counter China’s recent initiatives, including a security agreement with Solomon Islands and an unsuccessful attempt at a much broader deal.

“The timing was the timing,” said Aquilino, who is responsible for 380,000 military personnel across the Indo-Pacific region.

“The fact that the Vice President of the United States has articulated our commitment to the South Pacific Islands is the important issue.

The U.S military aims for net zero emissions by 2050 but with a carbon footprint greater than some 140 countries critics say it needs radical change.

If the U.S military were a country, its fuel usage alone would make it the 47th largest emitter of greenhouse gases in the world, sitting between Peru and Portugal.

Asked directly about this contradiction, Aquilino deferred, simply acknowledging the topic was “important to all the nations in the region”.

Aquilino’s visit comes in the year marking 80 years since US marines arrived here before embarking for the Pacific in World War II.

Aquilino said the relationship with New Zealand “runs deep and long” and he saw it “only getting stronger”.

“We value our partnerships each and every day, no matter how big or small.