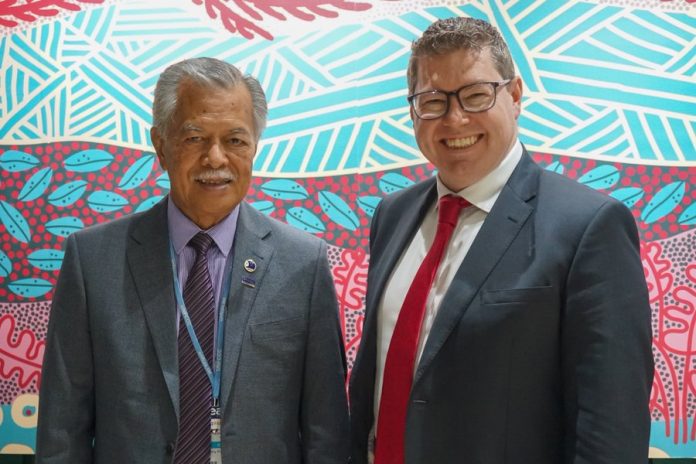 The Pacific Islands Forum has welcomed the inclusion of loss and damages into discussions at the UN Climate talks in Egypt.

Forum Secretary General Henry Puna said it marks progress in getting the issue before world leaders.

“Let’s get it on the table for discussions. Having that on the agenda is a marvellous first step,” he said.

His comment comes as UN Secretary-General Antonio Guterres warned that the world was reaching a point of no return.

“We are on a highway to climate hell with our foot still on the accelerator,” Guterres told leaders in Egypt.

Australia is also pushing ahead with its bid to host the 2026 COP meeting alongside Pacific nations.

Pacific Minister Pat Conroy said having it in Australia would galvanise attention towards the Pacific.

“Too often at conferences like these, people talk about the Pacific, but we don’t hear from the Pacific,” he said.

Conroy is representing Australia during the first days of the talks in Egypt, along with the newly appointed climate change ambassador, Kristin Tilley.

Conroy will meet with a range of leaders individually and host events for regional groups and organisations.

“It is important to be asking them what role they think they would like to play rather than having Australia dictating to them as we have done in the past,” he said.

He said Pacific island leaders he had spoken with were relieved the new government had re-engaged with the region on climate.

“Climate didn’t define the entire relationship with the Pacific … but it was seen as a sign of disrespect that the last government rejected taking action on climate change, which is the number one existential threat to the Pacific,” Conroy said.

“The door is open again to rebuilding our relationships and we walk through the door with our other policies and actions.”

Australia will also support the Pacific in moves to debate changing international maritime law, so that nations which might in future lose islands to rising sea levels do not also lose exclusive economic zones around those islands.

Negotiations over new climate measures will be held during the second week, which will be attended by Climate Change and Energy Minister Chris Bowen.