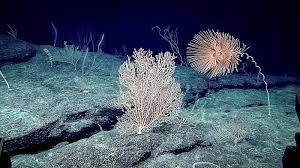 The Pacific Blue Line collective welcomes the call by France for a ban on deep sea mining, a call that Pacific civil society groups and movements have been pushing for since 2012.

French President Emmanuel Macron announced today at COP27 that he supports a ban on deep sea mining (DSM), a firm stance against deep sea mining after he called for caution at the UN Ocean Conference in Lisbon in June this year.

The ban stance by France now follows calls by Germany for a precautionary pause on the advancement of DSM, together with New Zealand’s recent announcement on a conditional moratorium on DSM in international waters. These calls come timely in absence of internationally agreed rules and regulations for exploitation.

Pacific civil society groups and churches who have been rallying for a global ban on DSM since 2012, say the recent announcements and policy positions ranging from a pause, stop, recess, moratorium, and ban on DSM by state parties to the International Seabed Authority (ISA), must be taken seriously.

“The rush to approve test mining and applications for scope of work should not be considered by the ISA at this stage, the priority should instead be to enhance the other mandates of ISA’s which is to preserve, protect and ensure the principles of intergenerational equity and do no harm to the common heritage of mankind,” said Joey Tau from the Pacific Network on Globalisation.

The Pacific Blue Line (PBL) collective argues that the ISA should not consider any scope of work. Consideration of a plan of work under circumstances where the international community has not agreed rules, regulation, is a violation of the ISA’s duty of due diligence.

The PBL collective further maintains that whilst Nauru may have triggered the two-year rule under section 1, paragraph 15 of UNCLOS as is their sovereign right, the ISA is under no obligation to be pressured into considering a scope of works in July 2023.

“The calls for a halt come at a critical time for the planet when the health of our ocean is in decline due to human activities and the need to protect and preserve is necessary to ensure the survival of our planet particularly in the context of a climate emergency. Oceans remain one of the most stable carbon sinks today as forests are now considered negative carbon sinks due to human activity. DSM poses a significant threat to the worlds carbon sinks including methane seeps and therefore totally inconceivable as a green energy transition option,” said Reverend James Bhagwan of the Pacific Conference of Churches.

“The ISA in its responsibility and duty of due diligence under UNCLOS must protect the common heritage of mankind, and consider the severity of the present climate emergency, a reality that can only be made worse by the risks posed by DSM,” Bhagwan said.

The calls by France, Germany and New Zealand now join the growing number of states calling for precaution on DSM, including Fiji, Samoa, Federated States of Micronesia, and Palau….PACNEWS