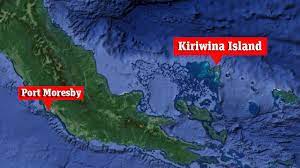 Thirty people in Papua New Guinea are reported to have been killed and many seriously injured in the worst tribal warfare on Kiriwina Island in the Milne Bay Province Monday.

The number of deaths will be the highest ever recorded during a tribal warfare on the Island.

Member for Kiriwina Goodenough and Deputy Opposition Leader Douglas Tomuriesa confirmed that 30 people are dead and many are seriously injured.

He is organising an airline charter to transport police personnel from Alotau to fly in to the Island to bring the situation under control.

According to information coming out, the situation is tense and may escalate further due to the number of deaths.

A villager said a worse scenario by this morning might be other villagers taking sides and joining the warfare.

According to him the District has only two police personnel, despite a number of fully furnished houses for Police personnel on the Island.

He also alleged that firearms were discharged in the fight resulting in the high number of casualties.

Provincial Police Commander, Peter Barkie in a whatsapp message confirmed the fight and said: “Yes received info daytime today about fighting on the island but police don’t have a boat, only dinghies so we secured NMSA boat but logistics was slow and captain advised that, not safe to travel at night so police team will travel 5.00am at East Cape to Losuia.”

He has also requested for reinforcement to be on standby and that a decision will be made when police team arrives on the ground.A concerned women leader Joyce Grant has appealed to the Internal Security Minister, Peter Tsiamalili for urgent Government intervention, describing the number of deaths as the highest ever recorded in the history of Kiriwina society.

Her whatsapp message said “Although I am not mandated leader, however as concerned leader of my community, it is with the saddest of hearts that I write to your high office to appeal and ask for urgent government intervention.

According to her, the fight began at approximately 11am Monday 24th October 2022, three main villages of Wards 19 and 20 of Kiriwina LLG, approached the district office at Losuia to express their anger over the consistent destruction of their gardens by known perpetrators of neighboring villages.

“Gardens in the villages are the focal point of community existence. Without a garden, you are not able to sustain your family’s livelihood.

“However, no government officials were on hand to mediate the matter including non-presence of law-and-order committees as the police station is manned by limited police personnel only.

“The church elders were also present to assist to contain the situation but the neighboring villages were also ready for confrontation, therefore the situation was not able to be contained.

This issue started almost two months ago immediately after the 2022 National General elections was completed over a soccer match. That fight resulted with one death and several people seriously injured.

“A police Mobile unit was sent to maintain peace however to date, no clear resolution was reached to mitigate the issue then.”

“Please Minister, our people need the governments urgent intervention of Police presence on the ground for the sake of our people’s lives. People are dying and the question is “who is responsible?” said Miss Grant.

Tomuriesa appealed to both warring factions to lay down their arms and when Police reinforcement arrive, they should be honest with themselves and assist Police by identifying the original instigators to face the law.

Commonwealth leaders set to meet for the first time in four...