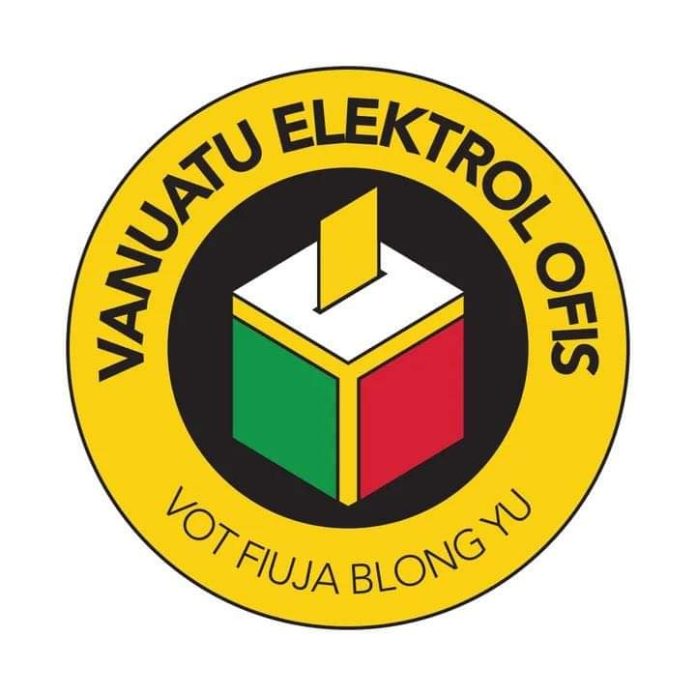 The official results of the Snap Election has reconfirmed the unofficial results — none of the country’s major political parties who contested the snap elections on 13 October have secured the simple majority of the 52 Members of Vanuatu Parliament (MPs) to form a majority government.

The official results showed that the two pre-independence political parties -Vanua’aku Pati (VP) and the Union of Moderate Parties (UMP) managed to secure 7 seats each.

Following the official results, there are now two camps in attempts to form the new coalition government. Caretaker Prime Minister, Bob Loughman, is now camping at Iririki Resort and the Caretaker Deputy Prime Minister, Ishmael Kalsakau with another group are camping at Aquana Beach Resort, Eratap.

The Aquana camp claimed Monday that they have the support of 30 new MPs while the Iririki camp has 22 winning candidates.

Report from Aquana Resort indicated the Caretaker Minister of Climate Change, Sailas Bule, from the National United Party (NUP) who signed the second pact with the Loughman camp to form a new government last week has re-joined his president, Bruno Leingkone at Aquana Resort.

The changes last week saw 4 MPs-elect deserting their party president to sign a separate political pact with Loughman. They were from NUP, RMC and UMP.

Last week, both camps claimed to have the numbers following unofficial results to form the new government. Kalsakau’s camp had claimed 31 and Loughman’s 29, but the declaration of the official results saw the claims in one camp reduced.

Meanwhile, Vanuatu’s all-male parliament is no more, with the first woman elected to office since 2008.

“I’m excited for Vanuatu women of course,” Julia King said. King returned as the MP for Mele on the outskirts of the capital of Port Vila. “I’m happy for women in general to know they have a voice that can be represented up there. That’s the part I can be excited about.”

The Vanuatu Election Commission has declared the official results, but there is widespread recognition of King’s success.

As the lone female voice in a 52-member parliament King is also a little daunted by the challenges she faces.

Until now, just five women have held seats in this South Pacific nation’s parliament since it gained independence from joint colonial powers Britain and France 42 years ago.

King will be the sixth. She will be entering the parliament not just as the only woman, but as a member of the Union of Moderate Parties, she is likely to be a member of coalition government.

“It’s uncharted territory, there’s not a lot of women in this space that I can reach out to,” she said.

Former foreign minister Ralph Regenvanu has welcomed King’s electoral victory saying Vanuatu will no longer be in “the hall of shame” as one of the only countries in the world to have no female representation.

Regenvanu said that with no single party winning a clear majority, talks are under way, but he is confident that his party, which was in opposition before the snap election, will be able to form a coalition and return to parliament.

Former prime minister Bob Loughman, who dissolved the parliament in August to avoid being ousted from office, narrowly won his seat, but it looks as if he won’t be returning to his old job, instead talks between parties suggest he will be on the opposition benches.

Vanuatu’s snap election was a short 10-day campaign, but it was not cheap for the candidates or the country.

King estimated she spent more than 10m Vatu (AUD$139,000) on her campaign, but it was a gamble she said she was willing to make to ensure a female voice would be heard in parliament.

“We were dancing throughout the campaign,” she said. “For women to be involved in this process alone, that was a huge achievement.

“We went into this with our eyes wide open, knowing that we would have to make it this far to make it count. It was a huge sum, but when you believe in a cause, good things come out of it.”

King, who first made a name for herself as a sportswoman, and was a member of Vanuatu’s national women’s football team. In 2017 she was the manager of the women’s national team when it won gold on home soil at the Pacific Mini-Games.

She owns the Mauriki football club with her husband, and they also run an export business for dried kava.

She agreed reform is desperately needed, but not just in the parliament.

“I grew up playing football and I saw the injustice of how all the opportunities and funding and everything went to the men’s teams and we literally had to fight for our space on the field to play,” King said. “It had a huge impact on my life.”

She said it is important to recognise the support she received from men in her campaign.

“To say that women can do it on their own would have its shortcomings,” she said. “In Vanuatu, we look to the canoe, and the outrigger. It is true I couldn’t have done it without the support of men.”

While she recognised the role men played in her electoral success, to the men who she will be sitting with in parliament, she said: “I am here for the long haul.”

“I would love for them to be able to acknowledge the fact that without their mothers and their wives, they wouldn’t be where they are.”

When they do, she said, “the Vanuatu parliament will be destined for a brighter future.”.