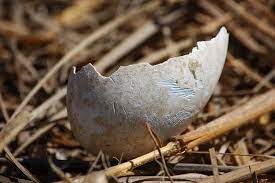 Do you remember the remote South Pacific island where Tom Hanks’ character was stranded in the 2000 film Cast Away? That’s Monuriki, in my country of Fiji.

While some people might remember it for its Hollywood association, the small, uninhabited island has other claims to fame. In 2011 the island’s Indigenous owners — the village of Yanuya — and a consortium of partners led by the National Trust of Fiji and a local NGO, Mareqeti Viti, successfully removed invasive rats and goats from Monuriki to protect its critically endangered endemic Fijian crested iguana.

We know that invasive species are the leading drivers of biodiversity loss (pdf) in the Pacific, but they are also having a major impact on the ability of island ecosystems and communities to adapt to the effects of climate change.

Pacific Island countries are among the world’s most vulnerable to climate change: Six of them figure in the 20 nations most at risk, including Vanuatu and Tonga, which are ranked first and second. Our “Blue Pacific Continent” is home to over 10 million people in 21 Pacific Island countries and territories in diverse communities and cultures. And many of us realise that sustaining more resilient natural ecosystems will function as our first line of defence against the impacts of climate change.

We are now rapidly learning that our efforts to control invasive species are also helping to increase the resilience of Pacific Island communities in unexpected ways. Research on islands in Fiji and the Indian Ocean shows that eradicating rats can help to increase the health and productivity of threatened coral reefs, by allowing seabird populations to rebuild.

Efforts to restore seabird populations also increase the levels of nutrients and nitrogen from their guano, which in turn improves the health of the reefs and their resilience to coral bleaching and cyclones. Studies have shown that the biomass of fish on coral reefs next to an island of seabirds was 48 percent higher than with an inland infested with rats.

These rat-free reefs can provide our communities with greater sources of protein from coastal fisheries and serve as vital buffers against extreme weather events. A new study in August in the journal Nature concluded that initiatives to control mammalian predators are among the most effective tools for restoring the resilience of natural island ecosystems.

Since 2010 there have been over 30 successful rat eradications in small, uninhabited islands right across the Pacific region. Among those efforts was the 2011 removal of rats from the uninhabited Palmyra Atoll between Hawaii and American Samoa, which resulted in a 5,000 percent increase in native plant seedlings, the recovery of its coral reefs and substantial increases in two previously undocumented crab species.

In 2023 Tonga will undertake a $1m project to remove rats from the uninhabited Late Island, which will be the largest ever predator eradication initiative undertaken in the Pacific region. Similar attempts on inhabited islands will be much more challenging and these costs would be in the tens of millions of dollars. That’s why we need to urgently scale up investment in our efforts to control invasive species such as rats, weeds and ants – measures that the Pacific islands know work well.

The Pacific region would greatly benefit from the ambition of an initiative like Africa’s Great Green Wall, a $20bn project which is aimed at halting the southward advance of the Sahara. It is doing so by restoring 150 million hectares of native vegetation across 7,800km (4,847 miles) and 11 countries, creating vital jobs and protecting the livelihoods of 100 million people.

I believe the Pacific region needs its own Great Green Line of Defence, where increased investment in the control of invasive species across an expanding number of islands could directly help to increase the climate resilience of natural ecosystems and communities. Increasing investment in managing invasive species will also generate “green” jobs via greater ecotourism opportunities and the potential for greater investment in community-based conservation efforts.

The United Nations COP27 conference in Egypt in November, with its emphasis on climate adaptation in addition to the reduction of emissions, could help solidify efforts to finance these actions, which we need to build the resilience of our most vulnerable communities.

As the director general of the Secretariat of the Pacific Regional Environment Programme (SPREP) I’m proud that we host the Pacific Regional Invasive Species Management Support Service (PRISMSS). This is a partnership that brings together key global experts in the field and works with countries like Tonga to design innovative projects and build the local capacity needed to undertake this challenging work on the ground.

To date, much of this work has been funded by partners such as the Global Environment Facility and the government of New Zealand. The adaptation focus of COP27 may now provide us with a key opportunity to try and secure the broader investment support we need to scale up the management of invasive species in our Blue Pacific region.

The evidence is clear: Picking reefs over rats will help build greater resilience for our Pacific communities. In a world beset with seemingly insurmountable challenges, the ambition and hope offered by a potential Great Green Line of Defence deserve the world’s support.

Pacific sharpens focus on loss and damage in preparations for COP27