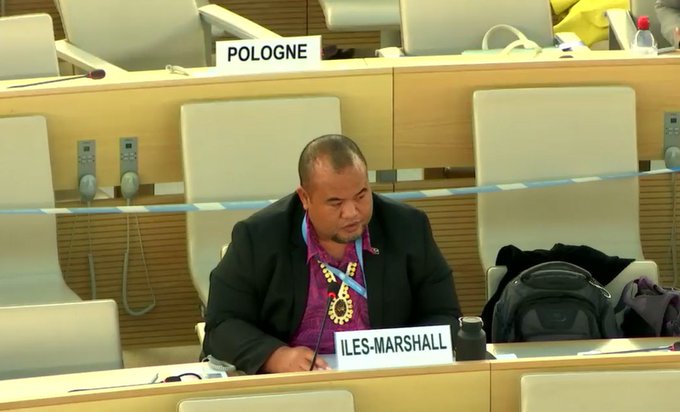 The Climate Vulnerable Forum (CVF) presided by Bangladesh celebrated the creation of a dedicated role to protect and promote human rights in the context of climate crisis at the Human Rights Council (HRC) in Geneva through a resolution on 08 October 2021 at the 48th Session of the UN’s supreme body for human rights.

Welcoming the adoption of resolution on the mandate of the new HRC special rapporteur on the promotion and protection of human rights in the context of climate change, Dr A K Abdul Momen, Minister of Foreign Affairs of Bangladesh, speaking for the Climate Vulnerable Forum Presidency commented that this was a proud achievement for the peoples of the world’s most climate threatened nations, where many of them are being deprived of their rights to life and decent living due to climate change related displacement.

From the outset of Bangladesh’s presidency, pursing this mandate had been a top priority.In the CVF nations, 1.2 billion people are facing threats to the enjoyment of their fundamental human rights through climatic consequences including sea-level rise, river erosion, salinity increase, floods and droughts that claim lives, livelihoods and displace people from their ancestral homes and traditional jobs.

He expressed thanks to the Members of the Human Rights Council for supporting the long overdue and critical resolution to create this mandate.

Dr Momen also expressed his sincere thanks to the CVF Secretariat for their efficient support and useful advice to the CVF Presidency and all Member States of the CVF.

The new mandate responds to repeated calls, first initiated by the CVF in 2019, and from wide-ranging climate-vulnerable countries, small island developing countries, least developed countries, low-lying countries, and landlocked countries at the forefront of the climate-change crisis.

A joint statement led by Bangladesh at the 46th HRC session in March 2021 calling for the creation of the special rapporteur was supported by 54 states.

The resolution adopted at the Human Rights Council on 8 October 2021 emphasises the need for a continued focus on addressing the adverse consequences of climate change for all, particularly in developing countries and for the people whose situation is most vulnerable to climate change.

‘The next pandemic’: drought is a hidden global crisis, UN says