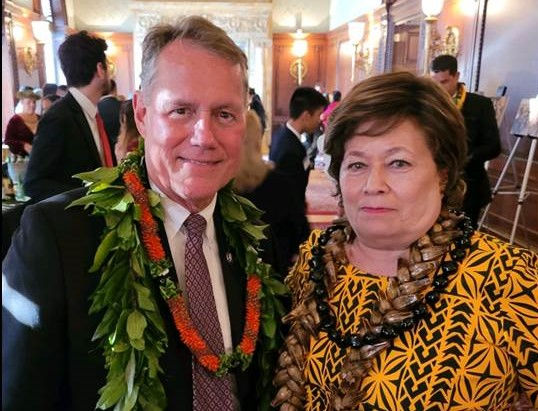 The recently concluded White House summit that fortified the alliance between Washington and Pacific island nations has powered up the Pacific Islands Forum into becoming an influential bloc, according to American Samoa’s delegate to the U.S Congress.

“With America adopting a ‘whole-of-government’ approach to the Pacific, it is only fitting that the island governments adopt a ‘whole-of-region’ approach to its relations with outside powers,” Congresswoman Uifa’atali Amata said.

“The summit may have breathed some new life back into the Pacific Island Forum and paved the way for it and perhaps new multilateral alliances to provide hands-on facilitation of security and defense cooperation, as well as investment and development throughout the region,” Amata said.

Guam, a U.S territory, is seeking to graduate from its current observer status to become a full-fledged member of the Forum, which currently has 17 sovereign state members.

The Forum was on the verge of crumbling last year when five Micronesian states– Palau, the Marshall Islands, the Federated States of Micronesia, Kiribati and Nauru– served notice of their intention to leave the bloc when the Fiji faction elected Cooks Island Prime Minister Henry Puna over Marshall Islands Ambassador Gerald Zackios as the organisation’s secretary general.

The FSM, the Marshall Islands, Palau and Nauru have since reconsidered their withdrawal but Kiribati has completed its exit process.

Some leaders are worried that the group’s perceived fragility might create a new hole for China to plug in its influence.

The White House summit was the latest in Washington’s marathon efforts to reengage the Pacific island nations in a bid to pull the region away from China’s enticement.

“Our Pacific island people were represented by our president at the summit, and when he signed the declaration he signed it for us as well,” Amata said.

“Because the U.S relies on the frontline vigilance of Hawaii, American Samoa, Guam and the Northern Mariana Islands, it also has commitments to those communities that Congress and the president must now also be vigilant about meeting and fulfilling,” she added.

Amata said the China crisis provided the U.S an opportunity to reassert leadership after being “far too absent from the region.”

“The U.S is today more committed than ever to its Pacific nation roots and its Pacific partners,” she said.

“Opening new embassies, increasing development assistance, sending the Peace Corps back to the islands and bringing students from the Pacific to study in the U.S are all long overdue but welcome initiatives unveiled at the summit.”

For the islands, Amata said, the opportunity lies in making their case for new U.S strategic investment “based on mutual partnerships and climate change concerns.”

“In the process, we should hope that the island countries with their established principles of freedom and democracy will reject China’s attempts to implant its values there and turn the region into a theater for big power conflict,” Amata said.