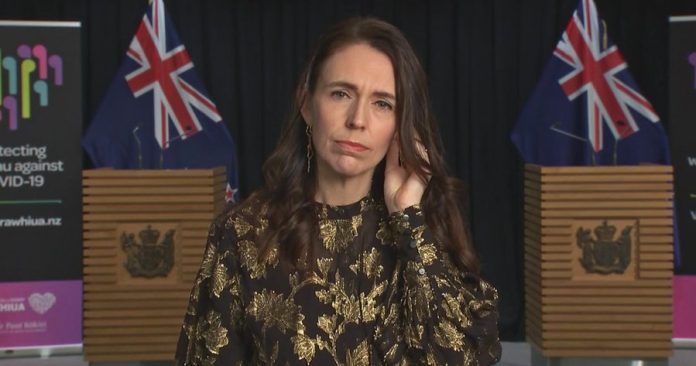 Prime Minister Jacinda Ardern has denied New Zealand is asleep at the wheel as China continues its push into the Pacific.

New Zealand has been a significant presence in the region for years and will continue to be one, the prime minister told Breakfast on Tuesday morning.

Ardern said Australia, New Zealand and Japan had the biggest aid and development spend in the Pacific.

“In fact, for this term, we’ve increased our spend in the Pacific by 45% and that’s because of the climate need in the region,” she said.

“If you ask the Pacific, which we do often, what is your number one priority, they’ll say it’s climate change. So we’re there on our terms, working alongside them and the nature of our relationship really matters because we are of the Pacific and that’s where we’ll always be different to some of the other relationships you see in our region.”

“We’ve had 100 ministerial engagements or formal engagements with our Pacific island partners over this, even short, period of time,” she said.

Ardern said she is in frequent contact with her counterparts and the same goes for Foreign Minister Nanaia Mahuta.

“The measure of a relationship is not when you last arrived at their airport. That is not the nature of our relationships. They run so much deeper than that.2

Ardern also said New Zealand wasn’t reaching a point where it would have to choose between the U.S or China.

After their meeting at the White House on Wednesday, Ardern and Biden said they shared concerns that the establishment by China “of a persistent military presence in the Pacific2 would “fundamentally alter the strategic balance of the region and pose national security concerns” for both nations.

“It’s about focusing on the values that we have. Yes, at any given time there may be more alignment with some countries than others. At any given time, there might be areas where you have strong disagreements with others.

“For us it’s about always making sure that we’re standing proudly on our own two feet and letting those views be known.”

Ardern said none of New Zealand’s positions on issues in the region, such as on Beijing’s security agreement with the Solomon Islands, will be a surprise to China.

“We’ve been really consistent on our positions on a number of issues – militarisation of the Pacific, human rights issues, they’re clear on where we stand,” she said.

“The Pacific has had a relationship with China for years, so it’s not new that a relationship exists. What we’ve been cautious about is, as a region, if it’s starting to dip into the space of defence or security, we should talk about that as a region. As with the recent visit from China, it hasn’t dipped into that space.

“Let’s just acknowledge the sovereignty of these Pacific nations to make their decisions as well on their terms.,” she said.

Samoa’s prime minister says Pacific can deal with its own security...