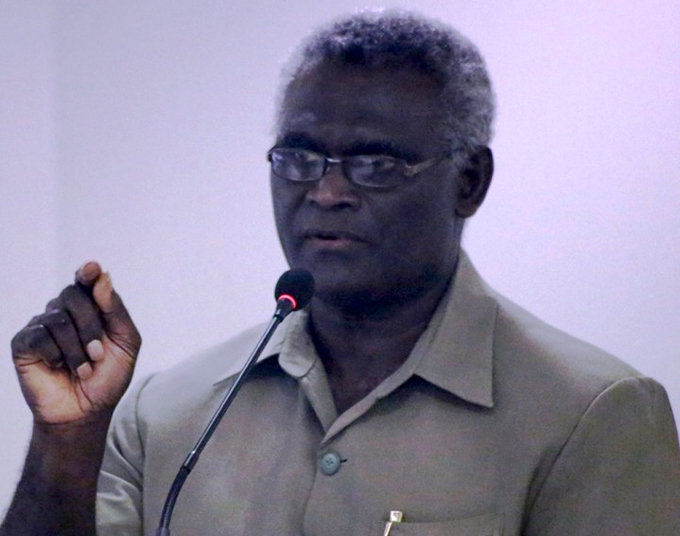 Solomon Islands Prime Minister Manasseh Sogavare has told Parliament Monday that he’s ready to face the motion of no confidence against him and calls on the Leader of Matthew Wale, to think first before tabling it in Parliament.

Parliament resumed today less than a week of chaotic scenes that started around Parliament before spreading into central and eastern parts of Honiara resulting in rioting and looting of shops, police stations, private companies and a school.

Wale announced on Saturday that he has filed a notice of a vote of no confidence in the Prime Minister.

The MP for Aoke/Langalanga said he has sought a political solution to the current situation, as the Prime Minister’s lack of humility has resulted in great loss and suffering for our nation, especially in Honiara.

He said “No one in Honiara is spared the suffering and loss caused by the tragic events of these past few days.

Wale said without a political solution this tragic situation will remain, even with foreign forces supporting the RSIPF to regain control and maintain order in Honiara.

But Sogavare told Parliament today: “We are prepared to face the motion of no confidence that the Leader of Opposition has raised.

He told the Speaker of Parliament saying: “You have seen the support of the government in the house. So the Leader of Opposition should think first before he moves the motion once it is mature to be moved in Parliament,” Sogavare said.

It usually takes seven clear days after a motion is filed before it is moved in Parliament.

Meanwhile, Solomon Islands state of public emergency has been extended for four months.

The Opposition did not object the extension.