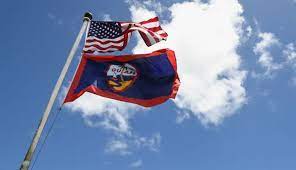 Guam, a United States territory in the Pacific, has announced it wants to join the Pacific Islands Forum, which New Zealand belongs to.

But not everyone has welcomed Guam’s plan.

Some experts say the move comes amid ongoing concerns over the fragile links between other northern Pacific states and the Forum.

At the leaders’ summit in Fiji in July, the Marshall Islands, Palau, the Federated States of Micronesia and Nauru recommitted their support to the Forum after a year of threats to leave over the appointment of the secretary-general.

But Kiribati has withdrawn, with President Taneti Maamau saying his government was not happy with the leadership at the regional body.

In 2019, Kirbati and the Solomon Islands severed ties with Taiwan and both nations switched to recognising China instead.

Solomons’ Prime Minister Manasseh Sogavare signed a security agreement with Beijing in April this year, to the disappointment of the US and its allies, including New Zealand and Australia.

The Pacific has since received a torrent of attention from China and the U.S, with dozens of tours to the region by both government officials.

Guam is located about 6800 kilometres from New Zealand, and has observer status in the forum along with other U.S Pacific territories, the Northern Marianas and American Samoa.

Pacific geopolitics expert Tarcisius Kabutaulaka, at the University of Hawaii, believes the move places the U.S “firmly on the inside” of debates about China and other regional matters.

But Guam has rejected claims the White House is behind its bid to join the Pacific’s peak diplomatic body.

Lieutenant Governor of Guam, Joshua Tenorio, said the plan to join the forum was not devised in Washington.

A Forum membership would give the U.S a seat at the decision-making table. France has a seat because New Caledonia and French Polynesia are forum members.

Tenorio said Guam is located about 2800 kilometres southeast of Taiwan and should be part of the joint decision-making processes, particularly around climate change and security.

Guam has two U.S military bases and in recent years has been the target of missile threats from North Korea and China, with Beijing releasing a video of a missile it calls “The Guam Killer”.

Kabutaulaka said the move by Guam would be a concern for Beijing because “one could say that the U.S would be in a much stronger position in terms of its influence in the region”.

During the Suva summit, U.S Vice-President Kamala Harris was allowed to address the meeting virtually, and she assured the Pacific of Washington’s commitment to the region.

Dr Tess Newton Cain, at the Griffith Asia Institute’s Pacific Hub, said “decolonisation in the Pacific was a founding principle for the establishment of the Pacific Islands Forum”.

Newton Cain said questions would be raised about whether allowing Guam to become a full member was in alignment with that.

In 2016, New Caledonia and French Polynesia were granted PIF membership, she said.

“The decision was made partly on the basis that both territories had made significant steps towards gaining independence and were registered on the United Nations decolonisation list at the time.”

Guam’s Indigenous Chamorro people want independence from the U.S Guam has one non-voting delegate to the U.S House of Representatives, Tenorio said.

“We have less direct involvement in the national affairs of the United States.”

He said Guam had received support from Pacific leaders to join the forum.

President David Panuelo, of the Federated States of Micronesia, said Guam is a self-governing Pacific nation and member of the Pacific Island Development Programme and the Pacific Community.

New Zealand’s Foreign Ministry said any decisions on Forum membership would need to be made by the leaders themselves.

But Kabutaulaka said Guam securing a forum seat could further destabilise the region, adding the regional body would be “taken over by powers, such as the U.S, France.

“With the current geopolitical discussions and competition, some Pacific nations may push back on this.”

Kabutaulaka also said other U.S territories in the Pacific – American Samoa and the Northern Marianas – could follow Guam’s lead and apply for a seat on the forum.