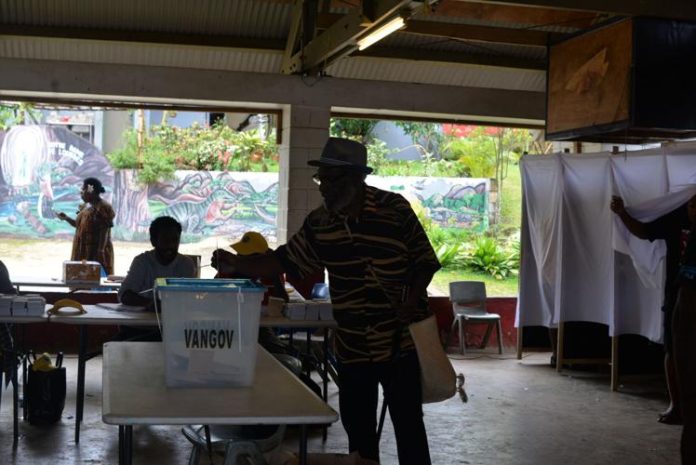 The unofficial results of some constituencies have revealed that most former Vanuatu Members of Parliament (MPs) in the last legislature have booked their seats for the 13th legislature.

According to the unofficial results of the snap election received by Daily Post, at least 25 of the 51 former MPs have managed to secure their seats.

Both the former MPs for Ambrym Constituency, John Salong and Bruno Leingkone have also secured their seats.

So far, according to the unofficial results, the seats of different constituencies have been secured by former MPs of the LPV, namely, Vanua’aku Pati (VP)’s Wesly Rasu scored the highest votes in the Malo/Aore constituency.

Jay Ngwele of the Rural Development Party (RDP) and James Bule of the National United Party (NUP) both secured their seats.

According to the unofficial results, former Prime Minister Bob Loughman is struggling to book his seat. Robin Kapapa of the Union of Moderate Parties (UMP) won one seat.

Former PM and President of the People’s Progressive Party, Sato Kilman, has made his come back to parliament with the highest score so far following the unofficial results last night.
Unofficial results showed that Kilman is leading the votes with 1236.

Kilman lost the general election in 2016 and 2020. It is not easy for a former MP to win an election after so many years of absence in parliament.

Meanwhile, the unofficial results have also indicated that Vanuatu will be having a female parliamentarian since the last one – Eta Rory — was elected in 2008.