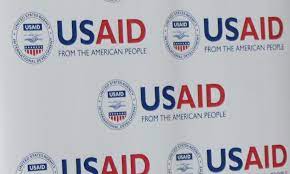 The re-establishment of the United States Agency for International Development (USAID) regional mission for the Pacific in Suva Fiji, will expand the presence and support of USAID in Fiji and Pacific.

It is a landmark achievement in the U.S and Fiji’s commitment to build a resilient Pacific region of peace, harmony, security and social inclusion and prosperity.

This was articulated at a courtesy call paid to the Permanent Secretary for Office of the Prime Minister and Foreign Affairs, Yogesh Karan from the U.S Agency for International Development (USAID) Mission Director to the Philippines, Pacific Islands and Mongolia, Ryan Washburn, this week.

The meeting with USAID builds on the momentum of the successful outcomes of the historic and first ever US-Pacific Islands Summit held at the White House in Washington, DC from the 28th-29th September 2022.

Karan thanked Washburn and the USAID delegation for comprehensive discussions, reflecting on the United States latest commitments to deliver concrete results for the Pacific people by expanding USAID presence and assistance to the Pacific.

Karan said Fiji welcomes the recent announcement by the U.S. to open the USAID Regional Office for the Pacific here in Suva by 2023; and that having the world’s premier international development agency at our doorstep speaks highly of the United States commitment to Fiji and the Pacific region. Fiji stands ready to provide support that may be needed in this important endeavour.

On the agenda of climate change, Karan extended Fiji’s appreciation for the shift in American policy under the President Biden administration, with U.S renewed commitment towards adaptation and building resilience within the region. Fiji therefore looks forward to working closely with the United States in advancing progress at COP27 and beyond in line with the Paris Agreement.

“By re-establishing a regional mission for the Pacific in Fiji, USAID aims to bolster the Pacific Islanders’ own economic and social development priorities, including in the 2050 Strategy for the Blue Pacific Continent,” Washburn said.

During the first-ever U.S-Pacific Island Country Summit hosted by President Biden, announcement of more than US$810 million in expanded U.S. programmes to improve the lives of Pacific people, which includes more than US$130 million in new investments to support climate resilience and to build sustainable blue economies in the Pacific Islands; prepare for climate impacts on public health and food security, and to strengthen sustainable development; and also to build a better early warning capacity to predict, prepare for, and respond to climate hazards.

USAID, through the Climate Ready project, provided technical support for Fiji Development Bank’s accreditation to the Green Climate Fund—the first development bank in the South Pacific to do so.

Also under Climate Ready, USAID’s support for the development of governance and policy arrangements related to climate adaptation strengthens the ability of Pacific Islands to bring an integrated approach to managing public infrastructure.

The Pacific American Fund (PAF) is USAID’s regional small grant mechanism to support local organisations to provide local solutions to local issues. Through PAF the University of Fiji’s received a grant for Development of Entrepreneurial Skills Post-COVID-19 through Rural Aquaculture to revive the sustainable aquaculture of Tilapia in Vitawa and Malau in Rakiraki, and support aquaculture and entrepreneurial trainings for targeted beneficiaries.

PROJECT Governance is a US$19.8 million, five-year partnership between USAID and the Pacific Community (SPC); it aims to achieve sound, just and responsive governance in the 12 Pacific Island Countries (PICs). USAID also supports the Pacific Islands to address climate-related disaster impacts in at-risk communities through increased disaster preparedness, strengthening early warning systems and building the capacity of first responders.