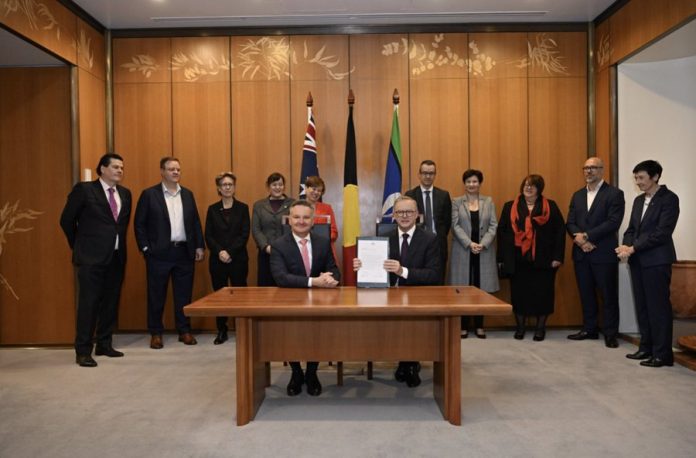 – Australia has submitted more ambitious climate targets to the United Nations, with the government declaring the country had turned a corner on the issue.

Albanese has written to the UN’s executive secretary Patricia Espinosa to convey Australia’s new stance on climate change under the Paris agreement.

The prime minister indicated the updated submission for a 43 per cent emissions reduction by 2030 would provide certainty and point the country in the right direction.

“What today demonstrated … is an opportunity that Australia has to end the climate wars, an opportunity for solutions, not arguments,” he told reporters.

“It’s all about the short-term capital investment that’s required, but then you get the long-term benefit, because the cheaper, cleaner energy flows well into the future, and that’s what sets Australia up for the future.”

The government’s emissions reduction plan of 43 percent by the end of the decade was higher than the 26 to 28 per cent target proposed by the previous government.

Bowen said the updated submission sent a message to the world on increased action to reduce emissions.

“Today, Australia turns the climate corner. For years, the Australian government told the world that it was all too hard, told Australians it was too hard,” he said.

“We’ll provide the framework for renewable energy, for storage and transmission, creating hundreds of thousands of jobs across the country, and particularly in Australia’s regions.”

The update to the submission comes ahead of the next UN climate summit in Egypt in November.

Albanese had announced the government would update its submission during talks with New Zealand Prime Minister Jacinda Ardern last week.

Bowen said the emphasis on greater levels of renewable energy was even more critical in the wake of the energy crisis gripping the east of the country.

“That makes this work more important, not less, setting the framework for the future, getting the investment going that has been so lacking,” he said.

Business Council chief Jennifer Westacott said it was time to move beyond the debate about targets and “get on with the ‘how’”.

“To meet these challenge businesses are going to need to make huge investments in new technology with long horizons – today’s commitment will help deliver the certainty they need,” she said.

“The global momentum for decarbonisation is unstoppable and driven by a confluence of global forces including the movement of capital markets, technology change and a growing community appetite for action.