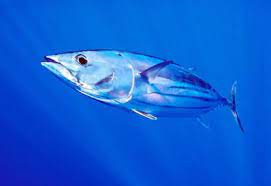 Non-government Organisations including the Pew Charitable Trusts, the Ocean Foundation, WWF and Global Tuna Alliance are calling on the Western and Central Pacific Fisheries Commission (WCPFC) members to move away from yearly quota-setting to a science-based, pre-agreed management procedure (MP) for skipjack tuna.

The group made the appeal in an open letter, urging the WCPFC, particularly fisheries bloc within the Pacific region, to adopt the MP this year.

The Western and central Pacific Ocean skipjack tuna is one of the most valuable fish in the world. Worth more than US $9.65 billion at the final point of sale, it is the third most-caught fish in the world. While it is currently a healthy stock, it needs strong rules in place to ensure that catch remains sustainable.

“For more than eight years, members of the Western and Central Pacific Fisheries Commission (WCPFC) have negotiated to move away from yearly quota-setting to a science-based, pre-agreed management procedure (MP) for skipjack tuna, which would modernize how fishing limits are determined,” the group said in a prepared statement.

“WCPFC is on the verge of adopting this management style at its annual meeting in November, but some stakeholders are keen to push back the implementation timeline by up to six years.”

The statement says that it is concerning that the Parties to the Nauru Agreement (PNA), the eight countries in the Pacific region that contain some of the world’s most productive skipjack fishing grounds, who have often led the way on sustainability, are now pushing to delay implementation of a management procedure, effectively preventing the modernizing of management of this stock.

The Pacific Islands Forums Fisheries Agency (FFA), another regional bloc in the western and central Pacific, will meet at the end of October to set its position on the skipjack MP.

“It is imperative for the sustainability of this valuable stock that it, and all WCPFC members, including the PNA, move to adopt and implement this management procedure without delay.”