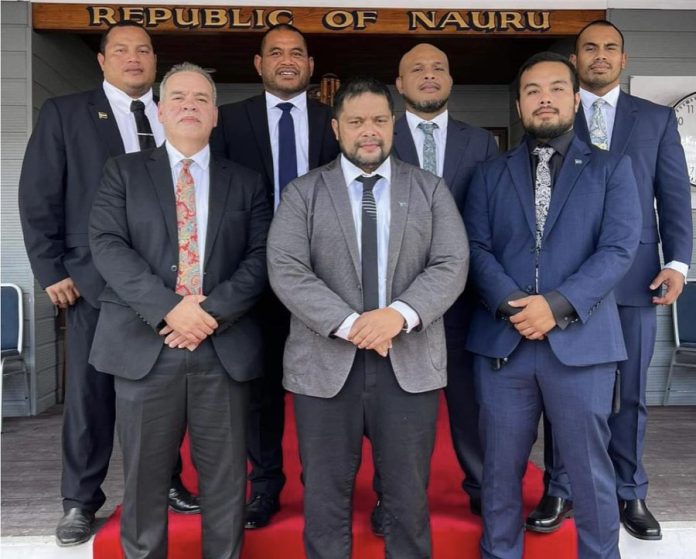 The government of the new Nauru President Russ Kun has been sworn in today and his executive includes 13 members out of the 19 MPs in parliament.

Kun retains many of the key portfolios for himself, handling, foreign affairs, police and justice among many others.

Stephen Hunt takes on finance, Wanani Dowiyogo has the fishing portfolio and Timothy John Ika will be in charge of health.

The other three cabinet ministers are Rennier Gadabu in environmental management, climate change and national resilience, Richard Hyde Menk is education and sports minister, while Pyon Deiye takes on media and communications.

In addition, there are seven deputy minister positions.

Kun said his government will reach out to all Nauruans to have them help move the nation forward.

He said Nauru will endeavour to work more closely with development partners such as Australia, Taiwan, New Zealand, the United King Kingdom, the European Union, India, the United States, and others.

He also thanked those nations for their help over the years, especially during the Covid period.