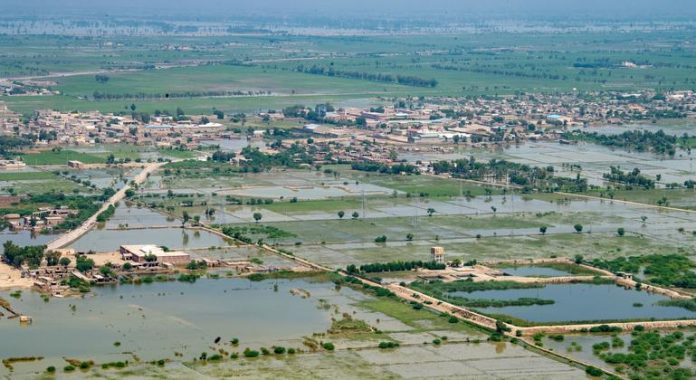 During a private meeting of Heads of State and Government, held on Wednesday at UN Headquarters in New York, UN Secretary-General António Guterres called for more action and leadership to tackle the climate crisis, warning that efforts to keep the rise in global temperatures to 1.5 degrees above pre-industrial levels is “on life support”.

Speaking to journalists after the meeting, the UN chief said that he had talked to leaders about the climate emergency, and the “triple global crisis” of food, energy, and finance.

Guterres told the assembled leaders that the devastation he witnessed this month in Pakistan, where flooding covered around a third of the country at its height, occurred with global warming of 1.2 degrees; the world is currently on track for an overall increase of more than three degrees.

The meeting was billed in advance as a “frank and informal exchange” of views between leaders, co-chaired by Guterres and Egypt’s President Abdel Fattah Al Sisi, and an opportunity to address key issues ahead of the COP27 UN Climate Change conference, due to be held in the Egyptian resort of Sharm El-Sheikh in November.

On mitigation, Guterres told the leaders that although emissions must be cut almost in half before 2030, they are on track to rise by 14 percent.

He called on the representatives of the world’s leading economies – the G20 nations – to phase out coal, ramp up investment in renewables, and end their “fossil fuel addiction”.

“The fossil fuel industry is killing us”, he said, “and leaders are out of step with their people, who are crying out for urgent climate action.”

Under the landmark 2015 Paris Agreement on climate change, developing countries were promised US$100 billion per year to finance initiatives to help them cope with the effects of global warming.

To date, that target has not been achieved. The UN chief declared that financial commitments to the developing world must be delivered immediately, and in full.

“I emphasised the need to double adaptation support to US$40 billion dollars a year by 2025” continued Guterres. “Climate destruction is happening now. People are suffering now”.

Looking ahead to COP27, the Secretary-General expressed his hope that the event will move these discussions forward, as a matter of climate justice, international solidarity and trust.

A G20 Heads of State and Government Summit will take place in Bali in November, during the last days of COP27, and Guterres urged leaders to take important decisions to tackle the “triple crisis” of food, energy and finance.

He urged international cooperation and solidarity to bring down prices that have soared since the COVID-19 pandemic and the war in Ukraine, increase support to developing countries, and prevent a larger crisis next year.

International financial institutions must also step up and offer debt relief to developing countries, declared Guterres, and new mechanisms to get resources to countries that need them should be enhanced and expanded.