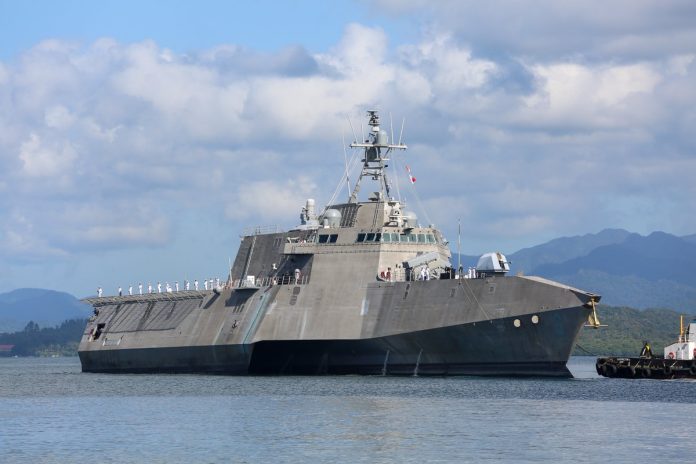 Washington has announced plans to amplify U.S military presence in the Pacific islands region amid growing threats to regional stability and economic security.

“The U.S Department of Defense will explore new and unique approaches to bolster the region’s security and help build their capacity and resilience as secure, independent actors,” states a fact sheet from the State Department’s Office of the Spokesperson.

“DoD is working to expand its official representation and security cooperation offices in the region and work to ensure the Pacific islands are prioritized across the department,” the department said.

The State Department issued a lengthy fact sheet to coincide with the opening of the 12th Pacific Islands Conference of Leaders summit at the East-West Centre in Honolulu on 13 September.

The State Department said the DoD has teamed up with Palau, the Federated States of Micronesia and the Marshall Islands, among other Pacific island nations, “to support capacity-building initiatives to enhance maritime domain awareness.”

“The U.S Coast Guard is a trusted ally in the Indo-Pacific and is proud to support its partners by leveraging 11 bilateral shiprider agreements with Pacific island countries,” the department added.

These agreements have enabled Coast Guard and U.S Navy vessels as well as law enforcers to work with host nations while promoting their “sovereignty to enforce their laws and regulations.”

Besides geopolitical tension brought about by the U.S. and China’s battle for dominance in the region, Pacific islands are confronted by transnational crimes such as drug smuggling, human trafficking and illegal fishing.

The State Department said Washington has invested US$1.5 billion in the Pacific island region over the past decade.

“Under the Indo-Pacific strategy, we will continue to broaden our efforts to partner with Pacific island countries and territories on their most pressing challenges, including economic and environmental resilience, water and food security, health security, maritime domain awareness, and strengthening democratic institutions and good governance,” the department said.

“Through the administration’s Partnership for Global Infrastructure and Investment, we will also expand our efforts to deploy secure digital connectivity; build climate resilience in the region as part of PREPARE, the administration’s cornerstone international adaptation initiative; strengthen global health systems and health security; and advance gender equality and equity.”