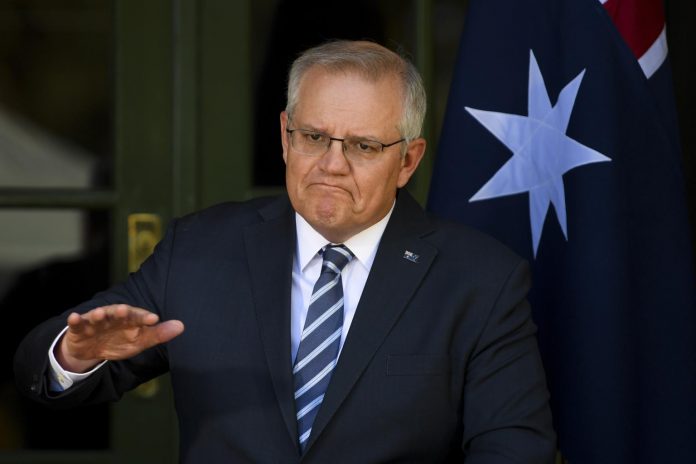 Australian Prime Minister Scott Morrison’s announcement that he will attend the COP26 Climate Summit, after weeks of threatening not to attend, has been labelled “meaningless” by Greenpeace Australia Pacific unless he commits to a strong climate target to take to Glasgow.

Greenpeace Australia Pacific CEO David Ritter said that Morrison, as a world leader with a crucial role to play in tackling climate change, should not be applauded for simply doing his job in attending COP26.

“Morrison doesn’t deserve a golf clap for simply committing to turn up at the world’s most important climate conference. Simply showing up at COP26 with empty words and promises, while greenwashing Australia’s pathetic climate track record, isn’t good enough,” he said.

“After dithering and delaying climate action at home and internationally, our Prime Minister must front up and face world leaders with a plan to make deep, rapid emissions cuts within the next decade and to phase out Australia’s climate-destroying coal, oil and gas industry.”

“Morrison is tipped to be taking his “emissions reduction plan” to the National Party for review. We’ll be watching to see if he’s let Barnaby Joyce pack his bags for Glasgow.”

Kavita Naidu, international human rights lawyer and a Pacific delegate to the COP26 conference said that Australia’s climate delay has placed the Pacific at risk from climate catastrophe.

“Scott Morrison has delayed climate action until it is almost too late – now he must step up and fulfil his obligations as a world leader and take a plan to COP26 that is consistent with the Paris Agreement’s 1.5 degree goal.

“There are no prizes just for showing up. Without a commitment from Scott Morrison to at least halve emissions this decade, this is just more gesture politics from a man who has consistently opted for spin over substance.

“On the other hand, Pacific leadership on addressing the climate crisis is as strong as ever recently joining the Beyond Oil and Gas Alliance and the Fossil Fuel Non-Proliferation Treaty to prevent the spread of coal, oil and gas by ending all new exploration and production.

“The current trajectory for the Pacific Islands is catastrophic and the only thing that will help reverse the course is deep and swift global cuts to emissions. For Australia, this means ending all coal-fired power generation, the expansion of the fossil fuel industry and the billions in subsidies it costs taxpayers,” said Naidu.