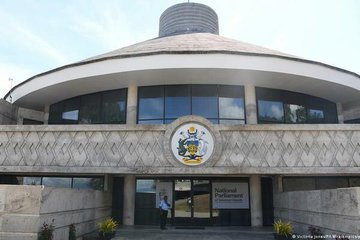 Solomon Islands Parliament will get to decide today when the next national general elections will be held.

The government has been pushing the argument that they cannot host two major events concurrently, the Pacific Games 2023 and the national general elections.

But the opposition group has hit back saying that when government put in the bid to host the Pacific Games they were well aware that it would fall on the same year as the elections. They say the only thing that has changed is that there are outside forces or foreign elements now at play, influencing government decisions.

Parliament should have been dissolved in May 2023, but should government have its way an amendment to the constitution will delay the dissolution of parliament until 31 December, 2023. Within four months, an election would need to be held. A majority of MPs must vote in favor of a constitutional amendment for it to pass. Government has the number it needs to push through with the amendment.

There is public discontent over the proposed extension or deferment of Parliament. Their views will not be heard because the committee of parliament tasked to consult the public and stakeholders on the proposed constitutional amendment have been sidelined. Should Sogavare have his way it will set a precedent where elections can be postponed if governments have the number, never mind the reason.

Government has rejected an offer made by Australia to fund the elections, calling it an “interference” to the country’s internal affairs. Australia says it has always supported past elections in the Solomon Islands and this is no different, whether it will be held in 2023 as scheduled or in 2024.

The public will once again watch on as their elected representatives make decisions that will affect their future – the slogan your vote, your voice will have to take a back seat, for now.