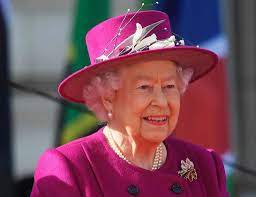 World Rugby Chairman Sir Bill Beaumont has joined the rugby family in paying tribute to Her Majesty Queen Elizabeth II, who passed away on Thursday.

The longest-serving British Monarch, Queen Elizabeth was synonymous with some of the sport’s greatest events, presenting the Webb Ellis Cup to the victorious captains of the men’s teams at Rugby World Cup 1991 in England and Rugby World Cup 1999 in Wales.

Her Majesty was also the first royal patron of the Rugby Football Union, taking the title in 1952, the year she came to the throne, and holding it for 64 years until 2016.

Leading the tributes from World Rugby, Chairman Sir Bill Beaumont said: “World Rugby joins the people of the United Kingdom, The Commonwealth and all those around the globe in mourning the loss of Her Majesty, Queen Elizabeth II.

“Her Majesty The Queen will be remembered as a much-loved, visionary monarch, who cared deeply about all people under her reign, and was an avid supporter of sport and its power to unite communities.

“Having presented the Webb Ellis Cup at the Rugby World Cup final in 1991 and 1999, and as Patron of the RFU, Her Majesty The Queen will always have a special connection with our sport. She will be greatly missed.

“All our thoughts are with the Royal family, the people of the United Kingdom and the Commonwealth at this incredibly sad time.”.