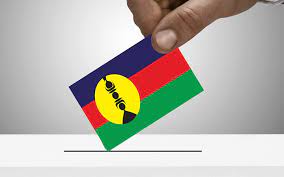 Lawyers of the petitioners demanding the postponement of the auto-determination referendum of New Caledonia on 12 December has filed an urgent appeal at the France’s highest court in Paris.

“On 03 December 2021, Bourdon and Associes introduced a petition for the protection of fundamental liberties (référé-liberté) at the Council of state, France’s highest admonitive court, on behalf of 146 individuals and three NGOs. The petition demands the postponement of the referendum for New Caledonia’s independence which is supposed to be held on 12 December 2021.

“Indeed, this date not only ignores the requests by the independence movement to postpone the referendum, but also the health conditions which have not been improving.

The referendum cannot be adequately held as it would affect free democratic expression. The circumstances do not allow the campaign to run its normal course, which could have a deterring effect on voters,” the lawyers said in a statement.

It said the health conditions are even more worrying today with the emergence of the Covid variant Omicron, as its transmissibility and mortality are still unknown.

“In addition, considering the restrictions put in place limiting meetings and movement, the mourning ceremonies, essential to Kanak culture, cannot be performed, or else, in the rare occasions that they can be, are organised in degraded conditions with considerable risks for the participants.

“Seeing New Caledonia’s sensibilities, as a year of mourning has recently been announced, it cannot be considered that the referendum should be maintained on 12 December 2021,” the lawyers of the petition said.

The hearing in front of the Council of state was held on Monday 06 December 2021. The judge should take her decision today or tomorrow.

Meanwhile, a pro-independence delegation from New Caledonia has left for New York to raise its opposition to the 12 December independence referendum with the United Nations.

New Caledonia has been on the UN decolonisation list since 1986.

Because of the pandemic, the pro-independence parties say they will neither take part in the vote, nor recognise its result.

France has refused to postpone the vote despite repeated pleas by pro-independence parties to defer it.

New Caledonia’s public broadcaster said the Congress president, Roch Wamytan, left Noumea at the weekend after the pro-independence parties said they would not respect the referendum outcome.

Wamytan was a signatory for a pro-independence party of the 1998 Noumea Accord which provided for three referendums by 2022.

The pro-independence parties wanted the third referendum to be held next year, but Paris decided to hold it this month.

Melenchon said by refusing to defer it to next year, President Emmanuel Macron risks breaking New Caledonia’s equilibrium and recreating the conditions of its conflict now kept in check with the Noumea Accord.

He said endangering the peace in New Caledonia could be an election strategy for Macron to appear as a law-and-order candidate.

Melenchon has urged him to put a postponement of the referendum on Wednesday’s government agenda.

France, which deems the pandemic to be under control, has flown in almost 2,000 extra police, including riot squads, to provide security for the referendum.

The call to postpone the vote is being backed by civil society figures internationally.