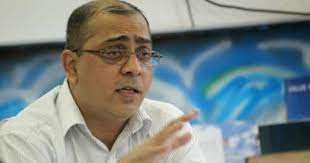 A Pacific media expert says Fiji is still not a fully-fledged democracy and is recovering from the impacts of the 2006 coup – the country’s fourth since gaining independence 52 years ago.

Singh said that is why it is important that everyone accepts the outcomes of the 2022 general elections, which must be held before January 23 next year.

“he reason is simply that any stalemate or instability could be very damaging. Any instability will undo all those painstaking achievements we’ve made since 2006.

There are also wider implications, given that Fiji is a major country in our region. So, any instability in Fiji is not good for the region as a whole,” he said.

Nearly six hundred and ninety thousand Fijians have registered to cast their vote across 1468 polling stations when the much-anticipated general elections are held.

While a date for the polls is yet to be announced, nine political parties are officially vying for the 55 parliamentary seats.

Singh said the 2022 elections will be Fiji’s third election, under its fourth constitution, since gaining independence from Britain in 1970.

He said this is indicative of the kinds of political problems faced by the country.

“So, this election is really, really crucial. I mean all elections are important. This one is arguably more so than perhaps any other recent elections.

Now, the thing is regardless of who wins the election, what is really most important for Fiji is a smooth transition. This is really crucial for the sake of continuity and stability,” Singh said….