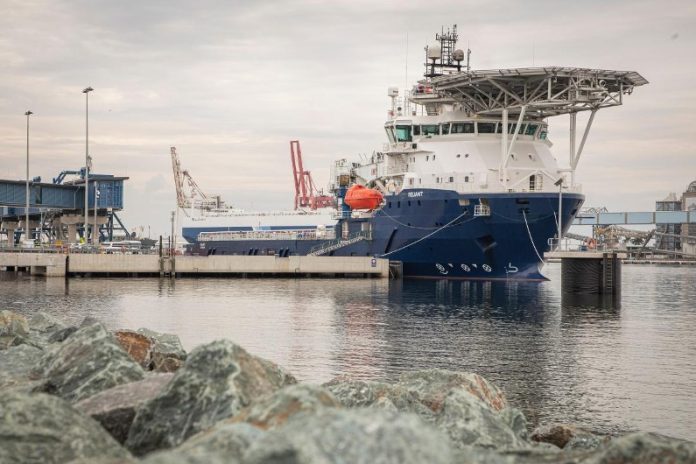 Australia’s reinvigorated Pacific presence has taken another step forward, with the Navy activating a specialist deep-water relief and logistics vessel for deployment to the region ahead of the annual cyclone season.

Australian Defence Vessel Reliant, a 102-metre-long ship with a large cargo deck, crane and helipad, is being sent into the region for up to 300 days in anticipation of damaging ‘high risk’ weather that now regularly destroys infrastructure.

According to the Navy, a key feature of Reliant is its capacity to produce thousands of litres of fresh water a day, a key element in avoiding water-borne disease outbreaks after storms hit.

“The vessel has the range to reach all corners of the Pacific. It can circumnavigate the globe without refuelling,” Vice Admiral Hammond said.

“This highly adaptable ship will deploy with specialist multi-agency teams of personnel and can be used for a range of purposes in concert with the Pacific family, including marine survey, delivering heavy equipment, search and rescue training, and disaster relief and recovery.”

As welcome as regional relief may be, the Australian Strategic Policy (ASPI) Institute is not a fan of the deepwater boat, arguing smaller vessels are more effective in shallow waters common around Pacific islands.

Bob Moyse, a former Royal Australian Navy and Royal Marines officer and former desk officer in the Strategic Policy Division of the Department of Defence, took issue with Reliant’s size and utility in ASPI’s Strategist publication in March.

“When the government announced the Pacific Step-Up in 2017, it was a strategically sensible policy, if a little late. Then in 2018, it announced a commitment to a ‘large-hulled humanitarian and disaster relief vessel’ that would operate semi-permanently in the southwest Pacific,” Moyse wrote.

“Why a single ‘large-hulled vessel’ was the best solution for humanitarian assistance and disaster relief was obscure at best. The only large vessels operating commercially in the region are those transiting through. The reason for that is simple: large vessels can only get into deep ports. The vessels that service the needs of most of the population are relatively shallow draft ferries and landing vessels.”

Defence also copped criticism after it was revealed the vessel was bought second-hand despite an earlier promise to have it locally built.

This said, while the Reliant is being sent in at the behest of the Navy, the crew has essentially been contracted by Defence.

“Reliant’s missions will be managed by Defence and informed by the Department of Foreign Affairs and Trade, in consultation with Pacific Island partners” Defence said in a statement.