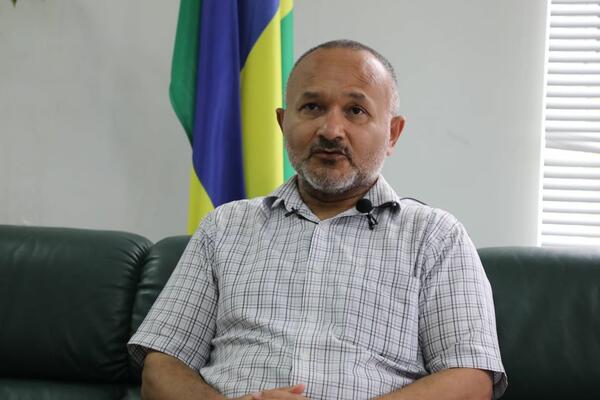 Solomon Islands Opposition leader Matthew Wale has questioned the Prime Minister as to why he is rushing the Constitutional Amendment Bill 2022 to extend Parliament and for whose interest.

The Prime Minister announced in Parliament last week that the Bill would not go through the Bills and Legislations Committee (BLC) and expected to be debated and voted in Parliamentary tomorrow.

But the Opposition Leader in a recent media conference said why is the Prime Minister rushing the Bill to undermine our parliamentary democracy.

“The Prime Minister obviously is not interested in good parliamentary practice and that is why he wants to shortcut the parliamentary process. This is an abuse of process and sets bad precedence for the future,” he said.

Wale said no government or Prime Minister should see it necessary to shortcut or undermine our country’s democratic parliamentary process, especially in a mater of such gravity.

“This is a serious constitutional amendment that affects the life of the house. So why the rush? For whose interest?” he questioned.

The Opposition Leader said the Constitutional Amendment Bill is a serious matter that all MPs have a vested interested in and views of stakeholders and citizens on this matter are equally important and must be taken into account.

“This is not an isolated decision. The Prime Minister has been ignoring views from people in a lot of his decisions in the past. This continuous no care attitude is not good for social cohesion. He is pushing people to the edge,” he said.

Wale adds the Government clearly has the numbers to pass the Bill so why disregard the normal parliamentary process for BLC to carry out its work and allow people to participate and express their views.

Meanwhile, in a press conference the BLC chairman ohn Maneniaru has expressed his disappointment to the Prime Minister for hijacking his committee’s mandate.

Maneniaru said he had written to the Prime Minister and also met with him last week to seek financial support from the government for BLC to carry out its work.

“I have met with the Prime Minister and his officials at the Parliament conference room and presented BLC’s submission. The Prime Minister responded positively and assured me that I have come to the right guy,” he said.

The BLC chairman said as part of their work they have also written to all 49 MPs to submit their consultation reports.

However, Maneniaru said the Prime Minister’s Office has responded to BLC stating that Government MPs will not submit their reports as it is only for their internal deliberations.

Maneniaru will call for deliberate meeting of his committee today to review its call for submission in light of the Constitution (Amendment) Bill 2022’s first reading.

“I make the call by Wednesday for a deliberate meeting of committee to review the call for submission in light of what already on the floor of the parliament,” he told local journalists in a press conference on Tuesday.

Maneniuru in a letter issued a call for written submissions from individual groups and organisations who wish to express their views, knowledge or understanding of the Constitution (Amendment) Bill 2022.

He also refuted claimed by the Office of the Prime Minister that his committee did nothing when the Constitution (Amendment) Bill 2022 notice was issued on the parliament for a month.

He said he cannot comprehend where this is coming from since his committee has performed its role according to the constitution.

“I just cannot comprehend where this is coming from,” he said.

He clarified that when the notice arrived in parliament on 05 August, 2022 his committee immediately called for first BLC meeting to start preparing for the bill and pay attention to the bill.

He said after that meeting, there was a total of five meetings conducted in the month of August.

Maneniaru said four correspondences were sent to the Prime Minister’s Office which he signed as the chair of the BLC. One of the correspondences was sent to all 50 Members of Parliament with understanding of the government direction for all MPs to conduct consultations in their respective constituencies with regards to deferring the election.

Prior to that, he said a meeting of the Public Accounts Committee was also conducted so he said it was really a busy month for Parliamentary committees.

Therefore, he said the accusation that they did nothing when the Constitution (Amendment) Bill 2022 has been submitted to the parliament for month is not understandable..