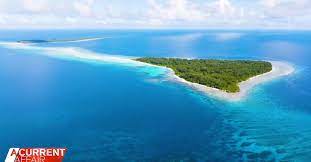 Deputy Prime Minister and Minister for Lands John Rosso said the privately-owned controversial islands would instead be turned into an environmental marine conservation area.

Irked by the potential sale of the islands for a substantial amount of money, Rosso has issued a ministerial directive for an immediate investigation into the acquisition of titles and the alleged sale.

The 21 islands have been owned by retired Australian businessman Ian Gowrie-Smith who has gone ahead and placed the atolls on the open market.

The Conflict Islands are in PNG which put them closer to the Australian mainland and the potential sale has raised alarm bells in that country, which has been wary of the controversial security pact between Solomon Islands and China and China’s rise in the Pacific.

In Parliament, Kiriwina-Goodenough MP Douglas Tomuriesa took Rosso to task, demanding action from the government to stop the sale of these atolls because of the cultural significance and traditional values they have on the local people.

“This group of islands is the traditional hunting grounds for our people and our people cannot be allowed into these islands due to the owner being strict,” Tomuriesa said.

“These are traditionally resting and hunting grounds. Today, our people cannot do that.”

It is understood the islands is going for substantial amounts, a sale that has not only angered the locals but caused a heartbeat to Australia as it poses a national and regional security risk to its sovereignty, given Chinese conglomerates have allegedly put up their hands to buy the islands.

Rosso has, in the strongest term, told Parliament that these islands would never be sold under his watch and that the government would make sure they were kept conservative and protected areas.

He warned that the investigations could also lead to the revocation of the lease but was subject to the completion once initiated.

“The Conflict Islands cannot be sold to non-citizens and that is my stand, and the PNG government stand, there will be an investigation to establish the status and the way the title was awarded in the first instance,” Rosso said.

“The islands will be declared as a conservative and protected area to be administered by special purpose vehicle to protect it for our children to benefit from in the future.

“I have already asked the Department of Lands to institute an investigation to establish the status of these titles which are freehold and ascertain the way these titles were created and granted to, we believe, a non-citizen.

“I would like to encourage the current title-holder to come forward voluntarily and discuss these issues with me.

“The position of the government of PNG through the Minister for Lands and Physical Planning is that these islands and the sea belong to the broader community because it is part of their marine and sea life to sustain the marine and pristine ecosystem.

“Therefore, PNG as a custodian of these parts of marine eco-system intends to declare the Conflict Islands as a conservation protected area to be administered by a special purpose vehicle that has the same status as Australia Great Barrier Reef, that is my view and I will be pursuing.

“I will be working closely with the Milne Bay Provincial Government to ensure that this is carried out.

“For the temporary timing, I will not allow the Conflict Islands to be sold under my watch.

“I will be pursuing properly talks with the current owner to see a way forward for this but with a very firm view that we will not allow these islands to be sold, likewise other protected areas in PNG.

“The Conflict Islands, the sales and transfer can be made only to a PNG citizen.

“How did the title-holder, believed to be (not) a PNG citizen come to own these free hold titles for 20 years,” he said.