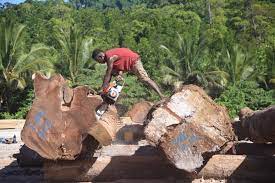 By William Kadi and DIrk Heinz

We have watched these past few weeks as the evolving situation surrounding the Solomon Islands/China security pact has unfolded. It appears that every journalist and political commentator is suddenly an expert in the Solomon Islands. We would be surprised if half of them even knew where the Solomon Islands was before the first rumblings of this deal made global headlines. Amongst reading about how this is Australia’s biggest foreign policy bungle since WWII, or how Australia’s refusal to take any real steps to tackle climate change has precipitated a revolt from the Solomon Islands Government, it has been interesting to read – or more accurately not read – about what level of responsibility the Solomon Islands Government bears in this turn of events. Reading the Australian commentary on the issue, you would think that Sogavare’s government is blameless in the whole affair and had no other choice but to court China because of Australia’s foreign policy shortcomings. And nowhere, amongst the numerous articles we have read on the issue, has any journalist bothered to ask local Solomon Islanders what they think of the situation – nor their take on how they think it has come about.

Australia’s Defence Minister, Peter Dutton, has dismissed claims that Sogavare’s decision to sign this deal was somehow intended as a form of payback against Australia for its inaction on climate change. Even though this is the same Minister who thought it was funny to joke about the plight of Pacific Islanders in the face of rising sea levels with his liberal party chums back in 2015, he is partly right in this instance. The signing of this deal had nothing to do with the Sogavare Government making a point to Australia regarding climate change. Make no mistake, addressing climate change is not a primary concern of the current Solomon Islands Government. If it was, not only would they not be rewarding the world’s second largest CO2 emitter with a shiny, seemingly no limits security deal, they wouldn’t continue to allow commercial logging companies (predominantly run by Chinese and Malaysian nationals) to decimate the country’s forests, rivers and communities. Unsustainable and unethical logging in the Solomon Islands has been a continual source of misery for most Solomon Islanders for the past 40 years. Commercial logging in the Solomon Islands is a disease poisoning the country. Over 90% of all round logs taken from the Solomon Islands are shipped back to China to service demand there. A report carried out by Global Witness less than 5 years ago estimated that if logging in Solomon Islands continues at current volumes, there will be no trees left to log by 2037.

And this is where Dutton is partly wrong when he says the signing of this deal isn’t linked to a failure by Australia to be more of a global champion of sustainability and responsible environmental practices. In a similar fashion to how this current security deal was most likely executed, for decades Chinese and Malaysian logging representatives have essentially been presenting local landowners with modest amounts of cash, gifts and preposterously one-sided contracts (which many landowners cannot read or understand) and asked them to sign away logging rights over their customary land. Sometimes the need for a contract is dispensed with entirely and loggers just pay landowners in bribes for access to their land. Ironically, if you need more parallels to be drawn between these longstanding murky dealings and the recent security deal, the Solomon Islands signatories are nearly always older men, about Sogavare’s age, who do not consult the wider community that will be affected and do not consider the long-term impacts of the deal on the community, electing instead to choose money and power over the longevity of their people and communities.

In acquiescing to the avaricious needs of Chinese and Malaysian loggers for fast money, Solomon Island landowners are also often signing away their children’s future right to enjoy those ‘kastom’ lands. In all our time acting for local landowners in disputes relating to agreements they made with logging companies, we have not seen one case where logging yielded positive results for the community. Usually, what transpires is the absolute decimation of local resources, pollution of vital water systems, destruction of sacred cultural sites, unfulfilled promises of schools and education benefits and, most sadly, regular complaints of sexual abuse of women and children carried out by foreign logging employees from China and Malaysia. The Solomon Islands Government knows all of this. They are the ones that issue companies with licences to log in the country. In some instances, government officials even hold logging licences for their own financial gain. Decades of allowing this sort of behaviour to occur has set a precedent for what occurred recently. It has showed China that they can muscle Solomon Islanders and buy out the greedy or most vulnerable with money. And it also showed them that legal and regulatory frameworks of the country were too weak to hold them accountable for their illegal activities. Beijing is simply capitalising on that weakness.

The lack of action by Australia and its allies to provide expertise and funding to fix the broken system which allows the rapacious, corrupt and insidious logging industry to thrive has allowed Chinese operatives to gradually seize considerable control and influence over Solomon Islands politics, culminating in this recent cosying up between the Solomon Islands Government and the PRC. Through logging, Chinese investors have been able to infiltrate just about every level of public and private sector decision making in Honiara and, as we have seen the world over, foreign investment by China through “private” companies are merely the tail of the dragon, the head usually sits in Beijing. Where Chinese investors take hold in the developing world, Chinese officials are rarely far behind.

We are fearful for the future of the Solomon Islands following the inking of this new security pact. Australia’s foreign policy in the Solomon Islands hasn’t been perfect. In many respects, it has reflected Australia’s own agenda to push the business interests of its own companies and seek to impress big brother in Washington. Perhaps the most glaringly disingenuous aspect of Australia’s foreign policy towards its Pacific neighbours in recent times has been the Coalition Government’s ambivalent approach to the issue of greenhouse gas emissions. A Pacific ‘Step-Up’ is as much a Pacific side-step as it is a path to winning the hearts and minds of Pacific Islanders if it doesn’t include a greater commitment on climate change. However, in our experience, for the most part Australian efforts to improve infrastructure and institutional frameworks such as access to justice, education and gender imbalance have been fair and transparent.

However, Australia has known about the murky path China has riven to gain influence over Solomon Islands officials through its established private logging enterprises in our country for many years. If early indicators hold true, it is likely that the same corrupt practices will soon pervade our country’s burgeoning mining industry, which is also predominantly filled with companies domiciled in China. Australia – through its DFAT officials and federal intelligence network – has watched this slow destruction of our environment and institutions unfold over the decades. And, much like it is doing now even though the seas are “lapping at our doors” as  Dutton so eloquently put it in 2015, it has chosen to sit on its hands while an environmental catastrophe has caused unforeseen collateral political relations damage.

When a tree falls in the Solomon Islands and Canberra doesn’t hear it, Beijing certainly does.

William Kadi is an environmental lawyer in the Solomon Islands. For 6 years he has represented customary landowners in the Solomon Islands in all forms of matters relating to damage caused to their lands as a result of commercial logging and mining practices across the country. Dirk Heinz assisted William in Honiara as a volunteer for 12 months. Here are their views on the long term consequences of regional inaction on climate change and how that has resulted in the Solomon Islands / China security pact.