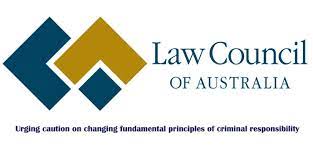 The Law Council of Australia has backed calls made by the Fiji Law Society regarding the proposed Electoral Act Amendment Bill No. 49, which will be debated in Fijian Parliament today.

The Law Council takes the view that Parliament needs to take more time to consider and consult on the proposed Bill to ensure it does not unnecessarily erode citizen’s right to privacy.

A statement released by the Council saids that proposed measures in the proposed Bill would appear to vest the Supervisor of Elections with extraordinarily broad information gathering powers, without appropriate safeguards or oversight mechanisms.

It says there is no right of appeal against a decision by the Supervisor, other than to the Fiji Electoral Commission, which is final and cannot be further appealed or reviewed by any court.

The Law Council has taken the view that the use of such powers is justified only when necessary to achieve a legitimate purpose and only when accompanied by sufficient protection against their overuse or misuse.

Attorney-General Aiyaz Sayed-Khaiyum said the proposed amendments are based on the experiences of the Fijian Elections Office in order to support the delivery of the General Election in line with international best practices.

Sayed-Khaiyum said it is necessary that such amendments are made expeditiously to avoid any potential procedural conflict under the Act.

Call for Fiji election to be held democratically