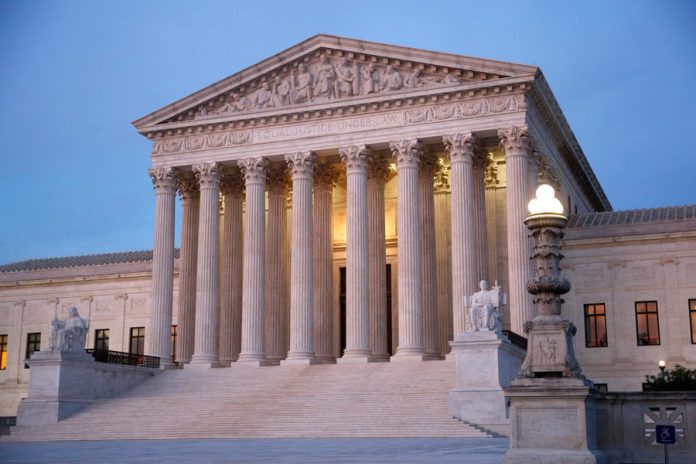 The Biden administration told the Supreme Court Monday that it should not take up a case about citizenship rights for American Samoa even though advocates say it would give justices a chance to upend a series of century-old precedents that have been roundly denounced as racist.

Solicitor General Elizabeth B. Prelogar told the Supreme Court in a brief filed Monday that an appeals court had been right to find that Congress should make citizenship decisions about those born in territories, and the case in question, Fitisemanu v. U.S, would make a poor vehicle for reexamining a series of rulings called the Insular Cases.

Last term, justices at both ends of the court’s ideological spectrum — Neil M. Gorsuch on the right and Sonia Sotomayor on the left — criticised the rulings, which employed racist language and imperialist sentiment to find residents of some U.S territories are not entitled to full constitutional protection, such as birthright citizenship.

“The Insular Cases have no foundation in the Constitution and rest instead on racial stereotypes,” Gorsuch wrote last April in a concurring opinion. He added that “the time has come to recognise that the Insular Cases rest on a rotten foundation. And I hope the day comes soon when the Court squarely overrules them.”

Gorsuch seemed to have in mind Fitisemanu, a decision by the U.S Court of Appeals for the 10th Circuit that upheld a federal law that those born in American Samoa are U.S nationals but not U.S citizens. It came in a challenge from three people born in the archipelago but now living in Utah.

Advocates were disappointed that Prelogar asked the high court not to take the case. “It is shocking that the Biden-Harris Administration and the Solicitor General continue to breathe life into the Insular Cases, which were grounded in a vision of white supremacy that has no place in our society, much less briefs filed by the U.S Justice Department,” said Neil Weare, president and founder of Equally American, which advocates for equal rights in U.S territories.

The group’s petition says that those born in American Samoa are labelled “second-class by the U.S government.”

Those who move to the states, “despite being taxpayers who contribute to their communities, are unable to vote,” serve on juries or run for state and federal office, the petition says.

Despite a high percentage of residents serving in the military, it continues, “In effect, they are citizens of nowhere.”

Some of the territory’s approximately 50,000 residents, however, seem to like it that way.

Its political leadership and delegate to Congress filed a brief saying there is no consensus on citizenship, and any decision on the matter should not be imposed by courts but negotiated through the political process.

“For three thousand years, on an archipelago seven thousand miles from this Court, the American Samoan people have preserved fa’a Samoa — the traditional Samoan way of life, weaving together countless traditional cultural, historical, and religious practices into a vibrant pattern found nowhere else in the world,” their brief to the court said. “The American Samoan people have kept fa’a Samoa alive in part by preserving their unique political status.”

The string of islands in the South Pacific became a territory in 1900.

The Supreme Court turned down a request to take up the issue of citizenship for American Samoans several years ago. This time, the court is seeking the views of the Biden administration. The administration has been under pressure from some of its usual allies in the civil rights movement to urge the court to take the case and renounce the Insular Cases.

As the three American Samoan challengers noted in their petition to the court, they are seeking to overturn rulings that began in 1901 with one justice saying there should be different rules for “alien races, differing from us,” and expressed concern over “savages” becoming “citizens of the United States.”

But the government’s brief filed Monday said the issue was how to interpret the Constitution’s 14th Amendment guarantee that “All persons born or naturalized in the United States, and subject to the jurisdiction thereof, are citizens of the United States and of the State wherein they reside.”

There is no split among appellate courts that overseas territories are not “in the United States,” the Biden administration said, and it is up to Congress to award birthright citizenship, as it has done in Puerto Rico, Guam and elsewhere.

“The government in no way relies on the indefensible and discredited aspects of the Insular Cases’ reasoning and rhetoric,” Prelogar wrote, so “this case would be an unsuitable vehicle for reexamining those cases.”

The court is likely to make a decision on whether to take the case this fall.