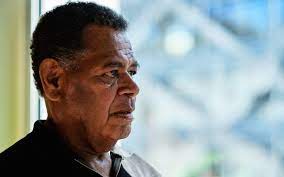 A strategy meeting of the pro-independence Caledonian Union has been told that France must give a firm and irreversible date for New Caledonia’s sovereignty.

The party leader Daniel Goa said the decolonisation process with its three referendums under the 1998 Noumea Accord failed to give New Caledonia its independence.

The territory has been on the UN decolonisation list since 1986, based on the Kanak people’s internationally recognised right to self-determination.

Last December, more than 96 percent voted against independence, but the vote was marred by a majority abstaining after France refused pleas to postpone polling because of the effects of the pandemic.

The pro-independence FLNKS movement, which has the Caledonian Union as a key component, refuses to recognise the result as the legitimate outcome of the decolonisation process.

Paris insists that the referendum complied with the law and now plans to submit a new statute for New Caledonia to vote on in June.

It has called a meeting of the signatories to the Noumea Accord in Paris in a month to discuss the situation, but the FLNKS members have said they won’t attend.