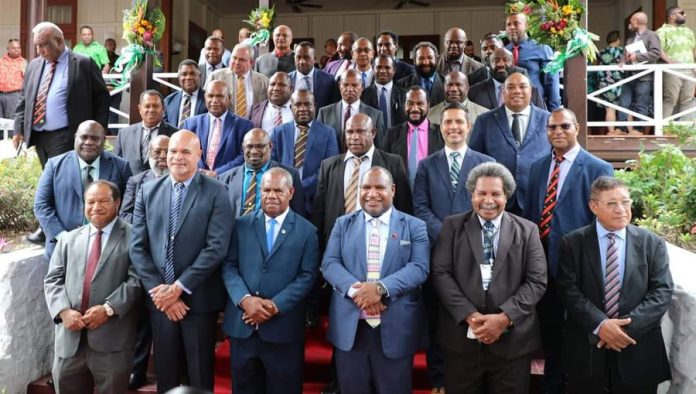 PM Marape has put together a 33-member cabinet, with the Minister of Bougainville Affairs yet to be named.

No woman MP has been allocated a cabinet position.

The following ministers were sworn in by Governor General Sir Bob Dadae Tuesday.

33. Minister for Bougainville Affairs – No MP has been allocated this ministry yet but will be announced later.