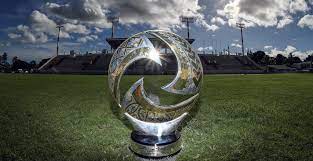 AS Vénus have been impressive on their route to the final. They have followed a dramatic 1-0 after extra time win over AS Pirae in their National Playoff with comfortable wins over the Solomon Islands’ Central Coast and Papua New Guinea’s Lae City FC in Group A at Ngahue Reserve, Auckland, New Zealand.

A minor blip came in the 1-0 dead rubber loss to Vanuatu’s Galaxy FC in their final pool fixture, before cruising to a 4-0 semi-final win over New Caledonia’s Hienghène Sport.

It is a huge occasion for Vénus who, after semi-final defeats in the previously named Oceania Club Championship in 1999 and 2001, have finally reached the region’s showpiece event.

“We wanted to go as far as we could in this tournament, so we have done great,” said Vénus coach Sam Garcia when discussing the final.

“The first thing we will be doing is to keep observing our opponents. We have some small injuries but that should be manageable but to stay focused is the main point in preparation for the finals.”

As well as being a huge club achievement, reaching the final is also a momentous occasion for Tahitian football. Vénus are the first side from the country to reach the OCL final since AS Tefana in 2011-12.

Just as it was ten years ago, the Tahitian side will face off against competition powerhouse Auckland City FC – who won 3-1 over two legs to claim the 2011-12 crown.

A decade on, and avenging that defeat and claiming a first ever continental title for a Tahitian side is also a family affair. The losing Tefana side from 2012 contained two members of the Tehau family, Alvin and Jonathan. Their cousins, sibling duo Teaonui and Roonui Tehau, will be key to any success for the Mahina side. Both scored in the semi-final triumph over 2019 champions Hienghène and Teaonui, the team’s captain, leads the tournament’s scoring charts with four goals.

Auckland City FC will prove formidable opponents, having been on a near perfect run domestically, recently winning New Zealand Football’s Northern League in style. The Navy Blues are also into the semi-finals of this year’s Chatham Cup, their last competitive domestic defeat coming over a year ago.

They have carried that form into this year’s OCL, beating Hienghène, Fiji’s Rewa FC and the Cook Islands’ Nikao Sokattak in Group B before defeating Central Coast in the semi-finals.

Auckland City also have plenty of OCL experience in their ranks, both on and off the pitch, which is no doubt helping them on their path.

Head coach Albert Riera has guided the side into a first continental final since he lifted the trophy as a player in 2017.

After semi-final defeats in both 2018 and 2019, and with COVID-19 nixing the 2020 and 2021 editions, this is the longest period of wait for an OCL final appearance in the club’s history and managing the emotions of this opportunity is at the forefront of Riera’s mind.

“We have to have a very good game and play with a clear head as we have done in the semi-final,” said Riera after the semi-final win over Central Coast.

“Because you have these emotional elements when you play a semi-final or final. We have to go through another good battle like we have been doing and hopefully we get the last win.”

Riera was also one of the star players of the Auckland City side that beat Tefana back in 2012. The Spaniard will be looking for a repeat win over a Tahitian side in this year’s final.