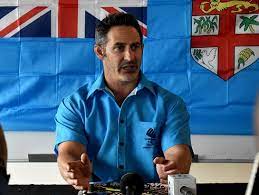 Meanwhile, Fijiana 7s Coach Saiasi Fuli has confirmed his final 12 players for the Commonwealth Games which kicks off this weekend in Birmingham.

The team has 8 players who won a bronze medal at the 2020 Tokyo Olympics.

Verenaisi Bari who made her first appearance in the Langford 7s and former ACS sprinter Laisani Moceisawana who made her debut in the Oceania 7s in June are also in the squad together with Nadroga’s Ivamere Nabura and Police speedster Vani Buleki.

Fijiana faces Scotland in its first match at 8.22pm on Friday.

Fijian Drua to be based in Australia