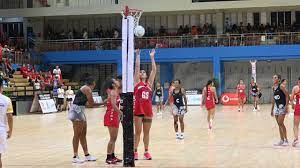 Fiji Pearls were outplayed on home court in a 29-59 loss against the Tonga Tala in the Oceania Netball World Cup qualifiers last night.

The unranked Tongans outclassed the 15th ranked Pearls as they dominated from the start, surprising the Fijian defenders and beating them convincingly at its own backyard.

It was like the match was being played in Nukualofa as the Tongan Tala fans backed their side throughout the encounter.

The Talas made a strong statement in the first quarter as Uneeq Palavi made no mistakes in her shots at goal.

Fiji managed to pull improve in the third quarter as the combination of Unaisi Rauluni and Maliana Rusivakula made a difference.

However, the friendly islanders extended its lead to 30 goals the third quarter.

Tonga sealed the deal with a 59-29 win securing their second victory in the competition while Fiji recorded its first loss. …PACNEWS