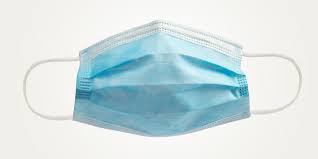 Two of the four states in the Federated States of Micronesia (FSM) have reported their first community spread of covid since the pandemic began in early 2020, ending the country’s status as one of a handful of covid-free countries globally.

The FSM President’s Office said that after two college students tested positive for Covid on Monday, health authorities tested 11 family members in their household to find 10 were positive.

The students had returned to Kosrae island from the capital Pohnpei.

Health authorities report that on Monday, “lots of patients with flu-like symptoms” came to the hospital in Kosrae for treatment. But since this was before the positive tests became known, none were tested.

Once they began testing on Tuesday, 25 of 28 patients seeking treatment for flu-like symptoms at Kosrae’s hospital tested positive.

State authorities immediately called on the public to avoid public gatherings and to wear face masks at all times, but also advised that “all public services will remain open” with the requirement of face mask use.

The national government last April announced plans to end the requirement of managed quarantine for all people travelling to the four states effective 01 August..

“This is a rapidly evolving situation and the information within this release should be assumed to be out of date upon its publication,” said the FSM President’s Office in announcing the dozens of confirmed cases in both Kosrae and Pohnpei.

In response to the community spread of Covid, Yap state – which is nearly 2,250km to the west of Pohnpei – announced Tuesday that the passengers and crew of a government maritime surveillance vessel that arrived in Yap on Tuesday were placed in government isolation units as a precaution.

Results of their Covid tests were not immediately available.

The Covid spread in the FSM leaves the Marshall Islands and Tuvalu as the last two Pacific nations to maintain covid-free status.