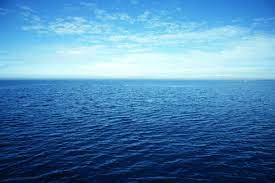 American and Australian national security is at risk because U.S Congress has blocked the Biden administration from signing up to a convention on the world’s oceans that covers seabed mining, say experts including a US commander and Department of State official.

Political gridlock had left the U.S unable to join the UN’s Convention on the Law of the Sea, implemented by the International Seabed Authority (ISA), retired U.S Commander Kirk Lippold told Washington think tank the Wilson Centre on Wednesday).

Advocates say the U.S is missing an opportunity to help form the rules that govern exploration of the seabed – one of the last bastions of untapped critical mineral supply.

“It is unfortunate that we are living in an era where politics is beginning to drive everything, even to the detriment of our national security,” he said.

China is already a member of the convention, along with 167 other member countries, including Australia.

Advocates say the U.S is missing an opportunity to help form the rules that govern exploration of the seabed – one of the last bastions of untapped critical mineral supply.

The U.S last year released a list of critical minerals essential for use in the production and manufacture of batteries, electronics, military hardware and a range of energy technologies.

Signing up to the convention would also give the U.S and its allies a greater voice and more influence in holding back China’s economic ambitions in the Pacific, say advocates.

The Biden administration is trying to strengthen diplomatic ties in the Indo-Pacific to counter China’s expansion in the region. A recent agreement between Beijing and the Solomon Islands has raised concerns in Canberra and Washington about a power grab for resources and trade routes.

“A perfect example that you could use is the Solomon Islands signing a defence pact treaty with China which is of great concern to, first and foremost, Australia but also the United States,” Commander Lippold said.

“We need to get [signing on] out of the realm of politics, and frame it in terms of why it’s a national security issue.”

U.S State Department senior ocean policy adviser Greg O’Brien said the failure by Congress to pass legislation allowing the U.S to sign up to the ISA had blocked a series of administrations.

“There’s a complex set of reasons why the political outcome of achieving sufficient numbers of senators in support hasn’t been attained,” O’Brien said.

“But if that number were attainable, certainly we would be pursuing our interests as a party.”

He said the Biden administration supported membership of the Law of the Sea Convention. This would enable the U.S to fully protect its navigation.

Foreign ministers to meet in support of Pacific Island nations