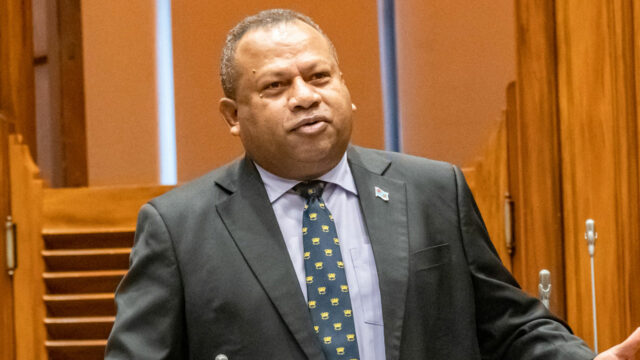 Fijian Defence Minister Inia Seruiratu has shed some light on why politicians have been taken in for questioning in relation to Bill 17.

Members of the Social Democratic Liberal Party (SODELPA), the National Federation Party (NFP) and the Fiji Labour Party (FLP) have been questioned by the Criminal Investigations Department over the past week.

Speaking in parliament Friday, Seruiratu pointed to Fiji’s past upheavals where iTaukei landowners were lied to and used to cause public unrest.

“I’m sorry that people are being interviewed by police, but the police are doing their job because of the mistakes of what has happened in the past. We don’t want Suva to be burnt again. Whatever statement we are making let’s do it with responsibility because words are powerful.”

Police have also increased their public presence and monitoring in the past few days saying it’s related to comments being made on Bill 17 and the possibility that it could lead to incitement.

Minister for Infrastrucutre, Jone Usamate has supported Bill 17 in parliament saying it is for the benefit of landowners and tenants.

Minister for Economy, Aiyaz Sayed-Khaiyum said the passage of Bill 17 will result in more efficiency in developing iTaukei land by tenants and investors.

Sayed-Khaiyum has told parliament that the amendments to the iTaukei Land Trust Act will remove the requirement for tenants to seek approval before any development can take place.

He said there is already a backlog that needs to be dealt with.

In another development, Parliament has passed the iTaukei Land Trust Bill this afternoon.

The Bill was debated extensively in the House today, however, the government with a majority in the House passed the amendments by acclamation.

Prime Minister Voreqe Bainimarama before the vote had expressed disappointment that iTaukei landowners had been tricked into signing a petition against the Bill.

“To the people who signed the petition under false pretences, you should demand an apology. They asked you to affix your good name to a lie. You have been misled.”

The Bill was passed along with a host of other consequential amendments which were brought to parliament along with the 2021-2022 National Budget.