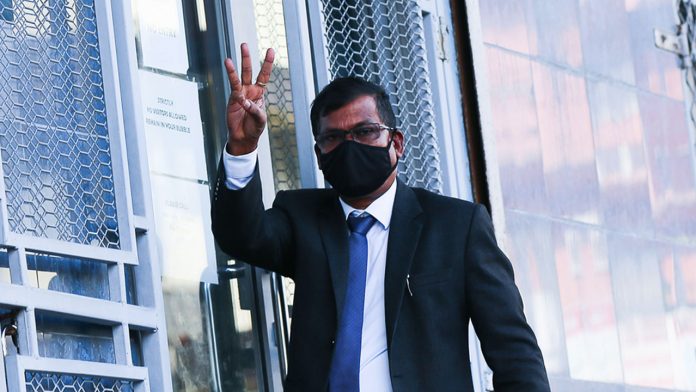 New Zealand has reiterated its concern with ongoing police questioning of opposition politicians in Fiji.

Several opposition MPs as well as two former prime ministers have been taken in by police this week.

Police said the opposition members were being questioned under the Public Order Act in relation to their criticism of a government land bill.

Following ongoing detention of political figures in the past two days, a ministry spokesperson says the government is continuing to monitor the situation in Fiji.

They said the New Zealand High Commission in Suva is making inquiries with Fiji officials to ascertain further details.

New Zealand’s government says it’s in ongoing dialogue with Fiji regarding how it can further support its worsening health crisis.

Fiji reported 1,301 new cases of Covid-19 in its latest daily update, while nine more people have died, taking the death toll to 227.

Fiji’s government says it wants to exhaust all domestic options before having more health workers flown in from overseas.

Small contingents of Australian and New Zealand medical workers have been in Fiji since June.

On 17 July a second group of New Zealanders was deployed to Fiji, joining a Medical Assistance Team alongside Australian partners.

According to the Ministry of Foreign Affairs, the group includes an anaesthetist, a public health physician, a registered nurse, a logistician, and a liaison officer.

“The team is working with the Fiji Health Ministry to support operations at the Colonial War Memorial Hospital in Suva, Fiji’s primary Covid-19 treatment hospital.

Fiji’s Health Secretary Dr James Fong said the New Zealand medical personnel were looking at how Fiji can utilise all its resources effectively.

“They are looking at how we can ensure that we have utilised efficiently all our resources, and then we bring in extra help” Dr Fong explained.

“We’ve got that process going right now. We are getting into that space we we are being able to deal more effectively with what we’ve got.”

Dr Fong has denied a claim in an Australian media report that Fiji health care workers symptomatic with Covid-19 have been told they must continue working to ensure health clinics are operating at full capacity.

“We just escalated our PPE programme, just like they do in every other country that’s in mitigation phase, to ensure that any contact with a positive person is a low risk contact”.

Meanwhile, a New Zealand government minister has described the decision to allow a critically ill UN worker to be medevacced from Fiji as an operational rather than political decision.

The Covid-19-infected patient was flown to Auckland for treatment last night, despite the Ministry of Health’s earlier decision to decline the transfer.

Regarding the change, the acting Covid-19 Response Minister, Ayesha Verrall, said it was an operational decision between clinicians and the ministry.

“So, no I didn’t have visibility of that, and I’m not aware of the specifics,” she told reporters at a mass vaccination event in Auckland this morning.

“But just from my experience as a doctor, these are complex issues, transferring critically ill people between countries, and it’s normal to have a bit of back and forth about those things.”

The request was initially declined for “capacity reasons” but the ministry said the situation was changeable at Auckland intensive care units.