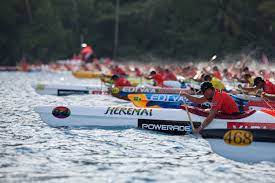 Multiple nations picked up a share of the medals on offer across three sports at the Pacific Mini Games in Saipan.

With 214.835, Rowene Eddie Donga of the Solomon Islands bagged bronze.

Jenly Tegu Wini’s effort of 324.280 earned a gold for Solomon Islands in the women’s under-55kg category.

Prescella Piotrowsky of North Caledonian Islands with 220.910 and Erika Camacho of Guam with 200.886 earned silver and bronze respectively.

Among men, Raymond Hipol Santos of Northern Mariana Islands won gold in the men’s under-55kg with a score of 324.280.

Papua New Guinea got another gold when Morea Baru clinched the under-61kg title with 376.041.

In the men’s triathlon, Tahiti’s Benjamin Zorgnotti struck gold in 1:58:00 while Mathieu Szalamacha of North Caledonia Islands bagged silver in 1:01:02.