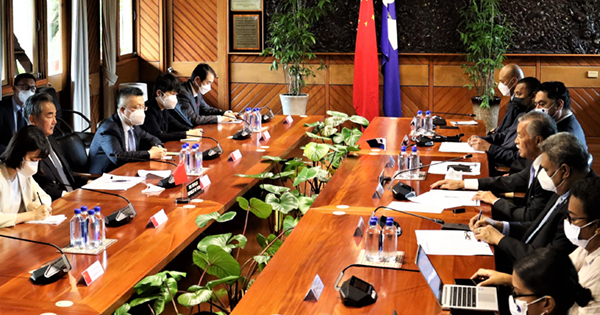 Some Pacific Island leaders have likened China’s development engagements in the region to that of the cold war era.

However, the Chinese Embassy in Fiji has pushed back saying these claims are only fueled by the cold war mentality.

“The decision of one country does affect regional security. So I respect the sovereign mind of every nation to make its own decision but these aren’t decisions in the abstract, these are decisions that affect the nations and the region as a whole,” said Wong.

U.S Embassy Charge D’Affaires Tony Greubel has echoed worries about China trying to rush a security agreement in the Pacific without proper consultations.

“We’ve expressed concern. Sometimes these simple agreements will take two years to negotiate. Part of diplomacy is you got to be patient”

China’s Ambassador to Fiji Qian Bo while defending the visit said Australia should understand how international relations work and not dance to the tunes of its allies.

Ambassador Bo said the world has changed and there are possibilities for mutual victories.

The Cold War was a period of geopolitical tension between the United States and the Soviet Union.

Certain critical Pacific Island leaders and political scientists are hypothesising that the current events in Fiji are a Pacific version of the cold war.