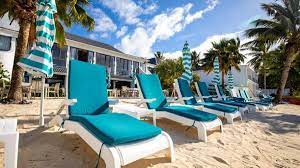 The Cook Islands needs more direct flights to restart the tourism industry and hundreds more workers but New Zealand’s travel requirements are slowing the process to bring in more workers.

On 01 May pre-departure testing for international arrivals will no longer be required. Also, direct flights from countries other than New Zealand will be allowed entry.

Tourism Cook Islands Chief Executive and former Border Easement Taskforce spokesperson Karla Eggleton said the country’s maritime border is also being reopened and people under the age of 16 will not need proof of vaccination.

“Any country in the world if there is a plane and they want to fly direct to the Cook Islands they will be allowed to. We can look forward to flights originating from the likes of Australia, North America, the United States, and Tahiti,” she said.

The Cook Islands started opening its borders to the world in January, but the majority of visitors are still mainly New Zealand and Australian residents.

Eggleton said the main reason for this is that currently, the only way to get to the Cook Islands is via New Zealand. All transiting passengers must meet their border entry requirements, making Aotearoa the gatekeeper to the islands.

She said the changes on May 1st are expected to push occupancy rates up to 80 percent.

Karla Eggleton said it is a balancing act, while more tourists are wanted the lack of labour is a big issue.

“If we are expected to play host to the increase in visitor arrivals in the coming months, this will be one of the most important elements in the work that we need to be doing,” she said.

Business Director Steve Anderson said the severe worker shortage has been suffocating employers with around 700 vacancies in the Cook Islands, largely driven by people leaving for New Zealand.

He said he’s lost a quarter of his staff to Aotearoa despite paying thousands of dollars in relocation fees to bring workers over from the Philippines.

“They just need to consider how they would feel if Australia was actively recruiting their staff, how would they feel if they were taking somebody else’s staff,” he said.

Steve Anderson said there have been discussions around organizing a ‘one-off flight’ from Fiji to bring workers over, but it was not practical or cost-effective.

“What would be amazing is if they would waive that requirement on the basis that they have a work permit in the Cook Islands because then they will see that they are simply transiting through to this country,” she said.

In a statement, Immigration New Zealand said the existing transit programme allows Fijian workers moving to the Cook Islands to apply for a transit visa.

On average, the processing time for a transit visa is 20 working days, noting some applications can be processed sooner than this,” Immigration New Zealand Spokesperson said on 21 April.

Plans are underway to bring staff in from Fiji, but they still need to fly via New Zealand. Fiji is not on the visa waiver list, meaning workers will need to apply for a ‘transit visa’.

When asked by RNZ Pacific whether the Cook Islands Ministry of Foreign Affairs and Immigration believes Fiji should be added to New Zealand’s ‘visa waiver list’, Amelia Fukofuka-Murare was non-committal but she conceded that changes to immigration policy in New Zealand would accelerate travel for migrant workers to the Cook Islands.

“A lot of businesses continue to operate on skeleton staff, the key contributing hindrance has been the border entry requirements, which is the responsibility of our Government and the New Zealand Government depending on where we recruit from,” Rebecca Tavioni said.

Liana Scott said the tourism sector which most businesses are involved in one way or another just wants to operate, and be self-sufficient and make up for two years of little to nothing, there are businesses that are even kiwi owned that are on the borderline of closing because they can’t balance the cash books right now.