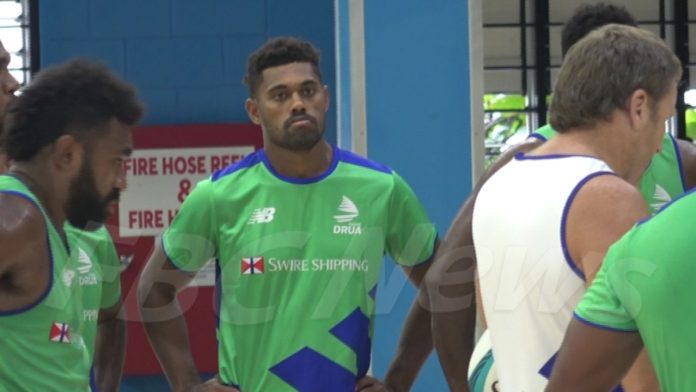 The Fijian Drua have confirmed the signing of Reds outside back Ilaisa Droasese with immediate effect after he was released from his contract.

Droasese made his debut for the Reds in 2021, instantly making an impression as he scored off the bench during their round one win over the Waratahs in Super Rugby AU.

He would feature in four more games in Super Rugby AU and Trans-Tasman, starting in their round five win over the Western Force.

Whilst the 23-year-old signed a two-year deal in July 2021, Droasese has found himself down the pecking order in the depth chart with the likes of Suliasi Vunivalu, Filipo Daugunu and Josh Flook largely preferred by Brad Thorn on the wing.

“We’re very excited to have Ilaisa Droasese onboard,” Drua CEO Brian Thorburn said in a statement.

“We’re past the halfway mark of our maiden Super Rugby journey; injuries and workload management are well and truly in play so to be able to sign another young Fijian talent as soon as he was available is great!

“He is also a Fiji Rugby pathway product from the Deans competition to the Fiji U20s, which speaks volumes of the strength of Fiji Rugby Union’s domestic programme.”

Droasese represented Fiji at the Under 20 Championships in 2019, with eight players from that side in the current Drua squad.

“We have no doubt that Ilaisa would be an asset to the Fijian Drua, having played alongside some of Australia’s best Super Rugby players in that excellent Reds environment,” Thorburn added.

“We look forward to him challenging for a place in the matchday 23 when he settles in and adding to the one Super Rugby try he already has.”

The Drua also confirmed the signing of Alivereti Veitokani, who made his name for the Drua during NRC.

The Fijian International and 2018 NRC Rising Star has been training with the squad as he continues his recovery from injury.