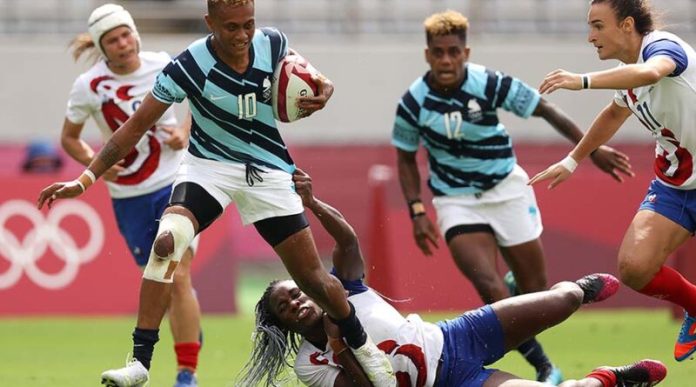 Fiji Airways Fijiana 7s Head Coach Saiasi Fuli has named a powerful and exciting pack with one debutant for the Langford and Toulouse 7s as the Women’s HSBC World Rugby Sevens Series resumes in Canada next weekend.

Savusavu lass Verenaisi Bari, a product of the Vodafone Vanua Championship is the new addition to a squad packed with experienced players who were part of the Olympic Games Bronze medal team to Japan last year.

“Bari is one of the promising players and has been tirelessly working hard for a spot in the team. As a player, she has developed a lot while in camp and will certainly shine in the upcoming international meets,” Fuli said.

Olympic Games bronze medalist Laisani Likuceva also returns to the squad after recovering from an injury.

“This is a tough selection for me after weeks of hard work and perseverance from our girls. We had our last tournament trip cancelled due to COVID-19 implications. We regrouped and continued to work hard and challenged every individual for excellence and commitment.

“We had gone through six tournaments here in Fiji, the Super 7s series, local club tournaments, and the 6 games against New Zealand in Lautoka, which has helped us with the selection and kept things in order as we gear up for the next two legs.

“The next leg is crucial for us in terms of building the right combination and platform for the Commonwealth Games and World Cup and we will do our best to provide better results.”

The Fiji Airways Fijiana 7s is in Pool C together with England, USA and New Zealand.

Australia leads Pool A with Canada, Spain and Mexico while Ireland takes in-charge of Pool B with France, Brazil and Japan.

‘More than a sport’: Super Rugby admission a game-changer for Fiji