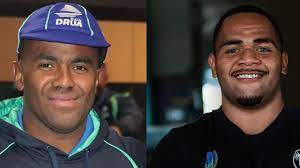 Tuni has been named in the starting line-up in the loose-head position for the clash against the Blues.

Peni Matawalu is the halfback partnering Simione Kuruvoli who starts the match at fly-half.

Caleb Muntz will be at inside centre with Kalaveti Ravouvou is at outside centre.

Fiji are in Toulouse to win: “There is still room for...