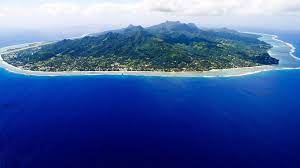 A healthy ocean is essential for the proper functioning of our planet, indeed for vibrant life on Earth. But today, we face yet another human endeavour that threatens to undermine the health of our ocean – the reckless haste to pursue deep sea mining, beginning in our Pacific Ocean.

Together, the oceans provide the Earth its largest and most important capacity for capturing and storing carbon emissions, including that from a global economy excessively dependent on fossil fuel. It regulates climate on a global scale. Its biodiversity, and the extent of its role as a sustainer of ecosystems are mysteries that modern science is only beginning to discover and understand. The lack of human appreciation of oceans remains unfathomable.

As Pacific peoples, the ocean is central to life and wellbeing. From it we draw our identity, affirm our existence and spirituality, and cultivate and sustain our relationships. In it, we find our place in ecology. Caring for the ocean is a responsibility that also sustains and perpetuates us. This appreciation of the ocean is embedded in the values and cultural traditions handed down to us through generations of custodians.

But the health of our ocean is already under unprecedented threats from a multitude of human induced stressors such as overfishing, pollution, plastics, nuclear waste and radioactive material, and biodiversity loss. Indeed, the climate crisis, with the related impacts of ocean warming and acidification and rising sea levels, are also taking a heavy toll.

We support the overwhelming and growing scientific evidence of the impacts of Deep Sea Mining (DSM), and express serious concern at the potentially devastating and irreversible damage to ecosystems and habitats. Dangers associated with the risk of giant sediment plumes traveling beyond mining sites, smothering and potentially destroying all lifeforms on the seafloor; and the danger of wastewater plumes, including potential toxins lethal to marine life, especially fisheries, an economic lifeline for the Pacific. Dangers that come in the form of irreversible harms to ocean systems and ecosystem services, ocean biodiversity, and the potential impact of cumulative and transboundary harm. Dangers from the release of sequestered methane and carbon on the ocean floor, and from the resulting compromise of its climate regulation functions.

Within the first three months of this year, sub-committees of the International Panel on Climate Change released what many consider to be the most condemning reports so far on current efforts to address the climate crisis. The scientific consensus holds that it is no longer sufficient to merely meet current emission reduction targets; it is also now critical to remove carbon already in the atmosphere.

As our islands and people experience and respond to the growing impacts of climate change, scientists warn that the destruction of deep sea ecosystems as a result of DSM will exacerbate the climate crisis. A fully functional, healthy and vibrant ocean is needed now more than ever. Despite all the evidence to the contrary, however, the justification for and pursuit of DSM continues to gather momentum.

The reckless haste to proceed with deep sea mining, which on all accounts is an untested, experimental, and highly speculative extractive industry, is now at a critical stage. Legally binding international regulatory arrangements have now been triggered to facilitate the commencement of mineral exploitation as soon as practicable. Without immediate and concerted regional and global action to halt this momentum, DSM activities could be accommodated as early as July, 2023.

Recent Pacific history is replete with experiences of exploitation under the guise of social and economic development pathways that, in reality, involved frontier industries that were inherently experimental. Decades of atmospheric and underground or submarine nuclear testing, terrestrial mining and other land-based extractive industries are pertinent examples. Such historical exploitation holds much responsibility for the realities of many Pacific Islands societies today; realities that serve to shrink our options and entice our countries to repeat unsustainable patterns of economic development.

Once again, Pacific states are being used as a testing ground in this new frontier industry, not just on associated technological and financial viability, but also in regard to international and national regulatory frameworks, for DSM and of its potential ecological, social and economic impacts. For ourselves, and for our island neighbors that have entered into collaborative arrangements with industry on DSM, we affirm our shared history as a reminder of our past and a caution not to repeat it.

We acknowledge the stance taken by Pacific civil society, faith-based organisations, indigenous peoples, social movements, and non-state actors in support of various forms of moratoria on DSM, including respective provincial and national governments that have banned all DSM activities within their jurisdictions. We acknowledge Government and community leaders who have either declared a DSM moratorium in one form or another or have warned against the reckless rush with which it has been pursued.

As Pacific Leaders and custodians of this vast ocean, we are obliged to preserve the ocean for the sake of future generations and for all living and nonliving things. The protection of a sacred ocean is our moral responsibility.

a) call for recognition that the ocean is our common heritage and, as Leaders, we have a common responsibility and moral obligation for its protection;

b) call on all Pacific and world leaders to join the growing ranks of governments, scientific authorities, CSOs, global leaders and indigenous peoples the world over opposing the rush to mine the ocean floor;

c) support the call by some Pacific governments for an urgent need to suspend DSM activities in jurisdictions within the Pacific region, to allow for greater scientific understanding about potential impacts of DSM;

d) support the growing international call for a moratorium on DSM in line with the UN Decade of Ocean Science for Sustainable Development to scientifically assess whether DSM can be done in a way that avoids harm to ocean ecosystems, recognizing the interconnectedness of these ecosystems beyond national jurisdictions;

e) urge all states, in accordance with the precautionary principle and in support of evidence-based policy making, to adopt an approach that reviews the scientific evidence, to determine whether or not DSM activities should proceed based on agreed governance structure and regulations that support the inclusion of such measures.

The Pacific Parliamentarians’ Alliance on Deep Sea Mining (PPADSM) is a collective of Pacific leaders who share the strong concern to protect the ocean in light of the rush by large corporations, backed by powerful governments to mine the ocean floor for minerals before regulatory governance structures and measures are put in place.