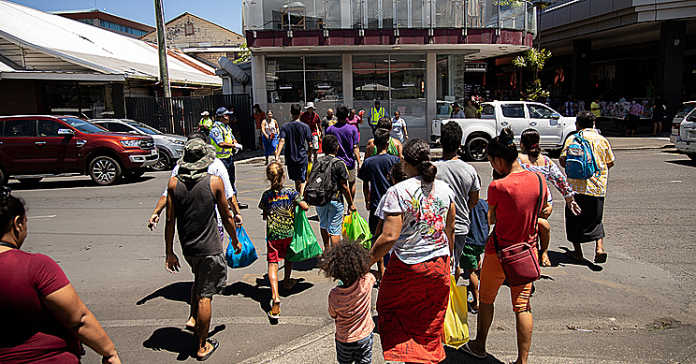 A statement released by the the Ministry of Health’s data that showed a total of 1,510 tests were done as at 12pm Monday at 17 designated COVID-19 screening sites including health facilities.

In addition to the 247 community cases, the 15 imported cases linked to the NZ 0990 repatriation flight on 06 March continues to be monitored in isolation, bringing a combined total of 262 active COVID-19 cases. The MOH has also identified a total of 428 close contacts of these cases which remain under investigation.

In terms of total cases for the respective islands, COVID-19 cases in Upolu have increased to 257 with Savai’i also increasing to 5. Currently, Manono-Tai and Apolima-Tai continue to record zero cases of COVID-19.

Active community cases of COVID-19 stands at 247 while six are currently in the isolation ward at the Tupua Tamasese Meaole National Hospital, Moto’otua. There are currently no cases in the national hospital’s intensive care unit.

The origins of Samoa’s first community case recorded last Thursday remains a mystery with the Acting Director General of Health, Tagaloa Dr. Robert Thomsen telling a virtual media conference on Monday that they hope further tests in New Zealand will assist the Ministry in its inquiry.

“We have tried to trace back contacts for the individual and there is no clear indication on how the virus got out in the community,” said Tagaloa, in response to a question asked during the virtual press conference on Monday. “For the meantime the Ministry is trying to concentrate on our screening process.

“It is not an easy question that we can answer at this stage but we are sending samples to New Zealand with hope they can assist us on that.”

Pressed further by the media to clarify if COVID-19 has been in the community but was undetected until last Thursday, the Acting Director General said he would not speculate.

“We are gathering information to look into that,” he said. “But as mentioned earlier I’m not going to answer that and I will not speculate.”

An American missionary – who has been a resident in Samoa prior to the emergence of COVID-19 globally in early 2020 – tested positive last Thursday. She went to the national hospital at Moto’otua for a test as part of travel requirements to fly out of Samoa last weekend, and became the country’s first community case after her results came back positive.

Local doctors believe that the virus had already been out in the community, before the first community case was detected last Thursday. The country went into a snap lockdown under Alert Level 3 on Saturday while allowing people to stock up their supplies on Friday.