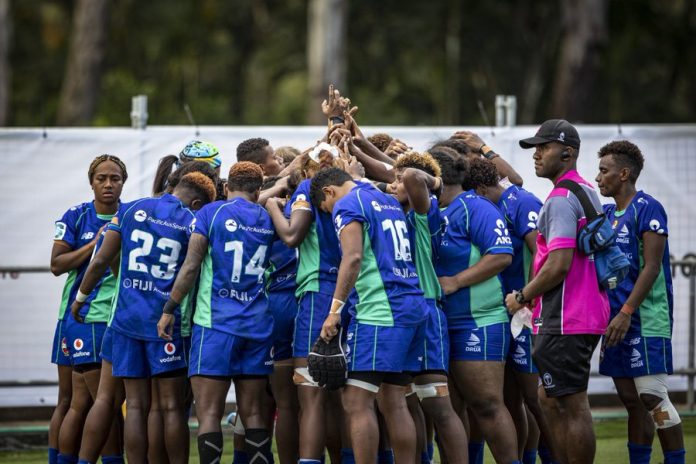 The Fijiana Drua team will embark on its maiden voyage this Saturday when they take on Melbourne Rebels in Round One of the 2022 Super W Competition.

The Senirusi Seruvakula coached side is stacked with local and overseas-based players, all of whom will make their Super W debut.

Seruvakula has named 19 local players in his squad. These players have experience of playing internationally as they have featured for Fijiana XV’s in during the Rugby World Cup qualification in 2019.

Seruvakula believes that the team’s first match will be a tough one but he is confident that they will play to the best of their ability.

“We haven’t played in any international tournaments since the extended squad was named more than two years ago. It will be a big test for us, but I know the players will play their hearts out on Saturday”.

“The Melbourne Rebels is a very experienced side that has been playing together for the past 3 years, so I have reminded the players to remain consistent, maintain discipline and play according to the game plan.”

He added that playing on their home ground, the Melbourne Rebels is expected to put up a tough battle, but he has urged the players to play with full confidence.

“We have a very young and new team with many first-timers. Definitely, the nerves and excitement will be there but we need to get in the game quickly and play the full 80 minutes with confidence, patience and cool heads.”

Bitila Tawake has been named the captain of the side and is confident of a good outing against a strong Melbourne Rebels.

“I’m so excited to lead this exciting and enthusiastic pack and with the assistance of the experienced players my job on the field will also become easy,” said Tawake.

Fijiana Drua takes on the Melbourne Rebels this Saturday at 5.30pm at the Endeavor Hills Rugby Club Grounds in Melbourne.