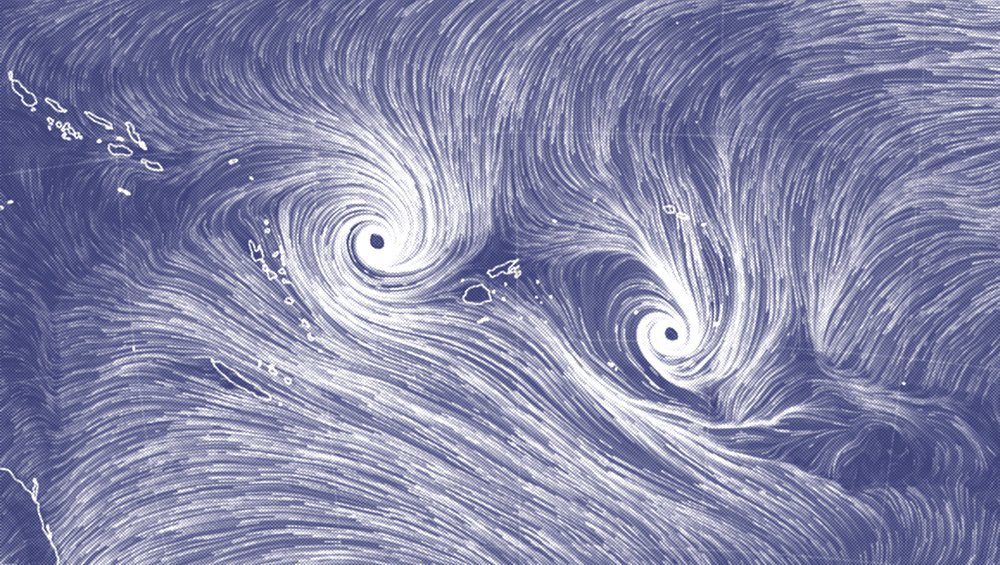 Pacific populations have been urged to remain vigilant at all times and take heed of the correct information and warnings from their National Meteorological offices as the region trudges through the remaining months of the cyclone season.

The reminder comes from the Pacific Meteorological Desk at SPREP at the beginning of 2022, following some recent extreme weather events in the region. Cyclone Cody, which hit Fiji, Cyclone Ruby, which affected New Caledonia, and two other cyclones, were among nine to twelve tropical cyclones predicted and released in the ninth Pacific Islands Climate Outlook Forum (PICOF 9) last year for the region. It was predicted that three or more of these cyclones could develop into severe tropical cyclones.

Coupled with the occurrence of La Niña, the recent underwater volcanic eruption at Hunga Ha’apai in Tonga and the COVID-19 situation, the need for Pacific countries to stay alert cannot be overstated.

“Between January and February are peak months for tropical cyclone occurrence,” said Philip Malsale, COSPPac Climatology Officer. “Preparedness is very important. Even if we don’t have any systems developing into severe cyclones, it is important to note that weak cyclones can cause as much damage with the amount of rainfall. It only takes one system to do the damage so it is important to take heed of warnings from the Met services, not only warnings but it’s critical for people to stay up to date with met services daily forecasts. Our message is for people to utilise the information that comes out from the Met Services and Disaster Offices and use it for your planning, whether you are a farmer, fisherman or whatever you do.”

Looking ahead, there are still four more months remaining in the cyclone season. The existence of La Niña means the Pac Met Desk expects the western Pacific to be more active. But Tile Tofaeono, SPREP’s Climate Prediction Service Coordinator, is quick to point out that in their line of work, they don’t rule out anything.

“It doesn’t take a Category 5 cyclone to cause damage, a Category 1 cyclone with plenty of rainfall can cause a lot of damage through flooding and we’ve seen this. Any category 1 that hangs around a country can cause a lot of damage, especially in a country where there are no flood warning system,” said Tofaeono. “Even a tropical depression can trigger flooding and gusty winds and that’s more than enough to cause so much damage. From us, we want to emphasise the need to take precaution at all times because we are not out of the tropical cyclone season. In the case there is a tropical cyclone, people have to expect flooding because of heavy rain and gusty winds. They also need to expect storm surges, coastal inundation and landslides as well.”

La Niña is the name given to the phenomenon where the trade winds become stronger, enhancing the warm pool in the western Pacific and causing the sea surface temperatures in the Central and Eastern Pacific to become cooler with above normal rainfall in the west compared to eastern Pacific. As a result, Pacific Island countries in the Central Pacific region such as Kiribati, Nauru and Tuvalu may experience below normal rainfall during this period, while islands in the South West Pacific will experience higher than normal rainfall, such as Fiji, Niue, Palau, Samoa, Solomon Islands, Tonga and Vanuatu.

Azarel Mariner-Maiai, COSPPac Capacity Development Officer, said there are a lot of cascading impacts as a result of the climate conditions we would normally expect in the wet season, with the added challenge of the La Nina

“There are a lot of things to prepare for,” she said. “And we want to urge everyone to stay alert, for the fishermen to check for the forecast before they go out.”

The team also stresses the need to make sure members of the public receive their weather information from official sources. In most Pacific countries, that is their Met Offices.

“For us we mainly provide guidance and monitoring for the season but for the daily and weekly outlook for each Pacific country, that is up to the national weather offices to provide. This is why it’s important for all Pacific residents to stay up to date with the updates from their Met Offices.”

Members of the public are also encouraged to share their experiences, photos and stories of extreme weather events from their countries with their media.